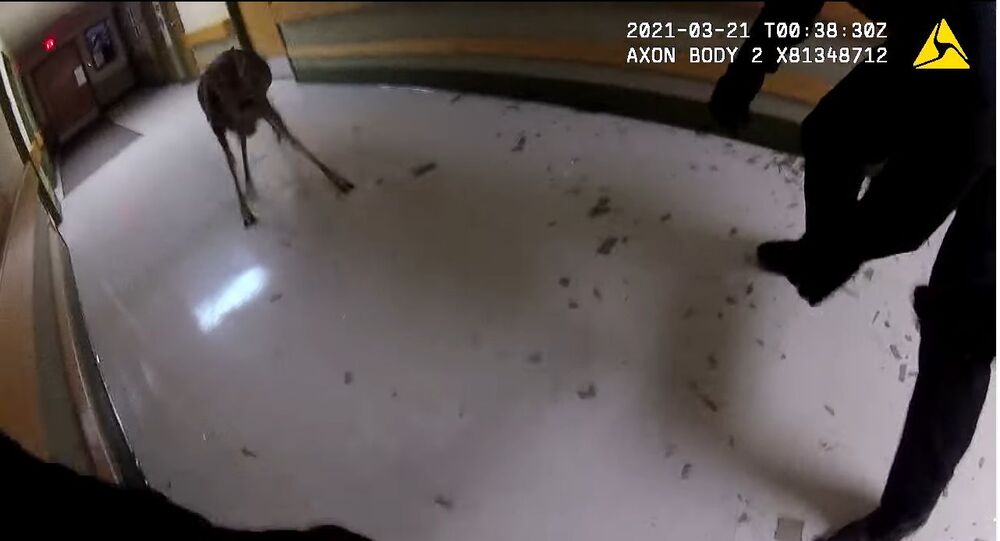 Incidents with wild animals, specifically deer, breaking in and trashing homes and public facilities are not uncommon in the US. Police handle the majority of these difficult situations, but one Wisconsin police officer responding to the call had a major advantage over the troubled animal.

One of the local wild deer at Wausau, Wisconsin had a rough night on 21 March – it rammed through the glass, became trapped in a local nursing home and was subsequently pinned to the ground by a former "elite football athlete". The employees of the nursing home called police when they saw the animal trashing the place, and one of the responding officers, Karlen, was ready to "tackle" the complicated situation using his expansive experience with American football teams.

Bodycam footage released by the Wausau police department shows Karlen grabbing the erratically galloping deer and pinning it, practically singlehandedly. He then instructs fellow officers to open the nearby door assuring them he can handle the animal by himself. Once the door was open, Karlen and two other officers successfully escorted the deer to the exit and let him run free into the woods.

According to the police report, the animal escaped unharmed save for a few minor glass cuts and an overall scare from being sacked by a cop.

Such incidents are not rare in the US, with deer often ramming transparent glass after failing to identify the obstacle and running wildly inside a building seeking an exit. They often find it by crashing into another glass window or wall and sometimes injuring themselves.