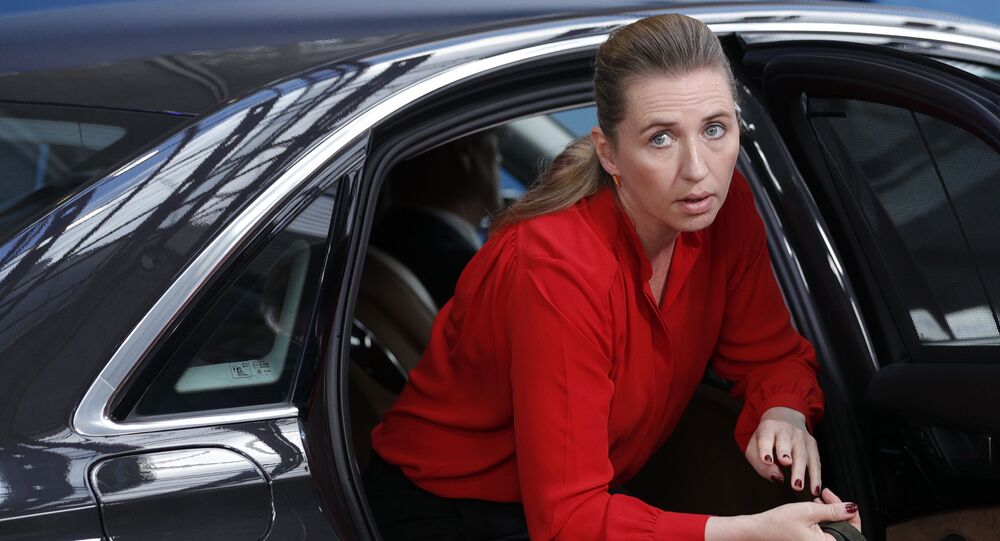 Prime Minister Mette Frederiksen posted a photo of her recent visit to a Zealand school, apparently unaware of one of the pupils making an insulting gesture behind her back.

Danish Prime Minister Mette Frederiksen's visit to Bavneskolen school in Dalby in central Zealand has yielded results which were unplanned and unforeseen by her PR team.

They may have wanted to think twice before posting a photograph with ninth-graders that went viral – and not because of Frederiksen's popularity.

“Thank you for an incredibly lovely visit this morning. It’s splendid to experience both children and teachers who are just happy to be back at school,” Frederiksen captioned the image on Instagram and Facebook.

However, one of the pupils behind Frederiksen’s left shoulder is seen smilingly showing an offensive gesture towards the camera, which Frederiksen's crew appears to have been oblivious to.

On social media, “Fingergate” sparked shockwaves, with many supportive of the boy.

“Shout out to the kid on the right who has seen through you Mette. Is he going to jail time now?” one of the hundreds of comments on Instagram said.

“It is probably a sweet and well-behaved boy sitting next to the far right of the picture. His parents then have something to be proud of,” another one chimed in.

“Only children and drunk people tell the truth...”, another one mused philosophically.

In an interview with broadcaster TV2, the “hero of the day” claimed that he wasn't flipping off the prime minister, adding that it was an “impulsive” act.

He emphasised that he assumed the photo was being taken for the class, rather than for national exposure.

“I had no idea. It was my sister and my friends who let me know that it was suddenly all over the place,” he told TV2.

Nevertheless, he emphasised he is “allowed free expression, just like everyone else is”.

Still, the boy admitted that he is “not a fan of [Frederiksen] and what she does”.

“I think she should listen more to others. It’s as if she’s the only one who’s allowed to do things”, the 15-year-old explained to newspaper BT.