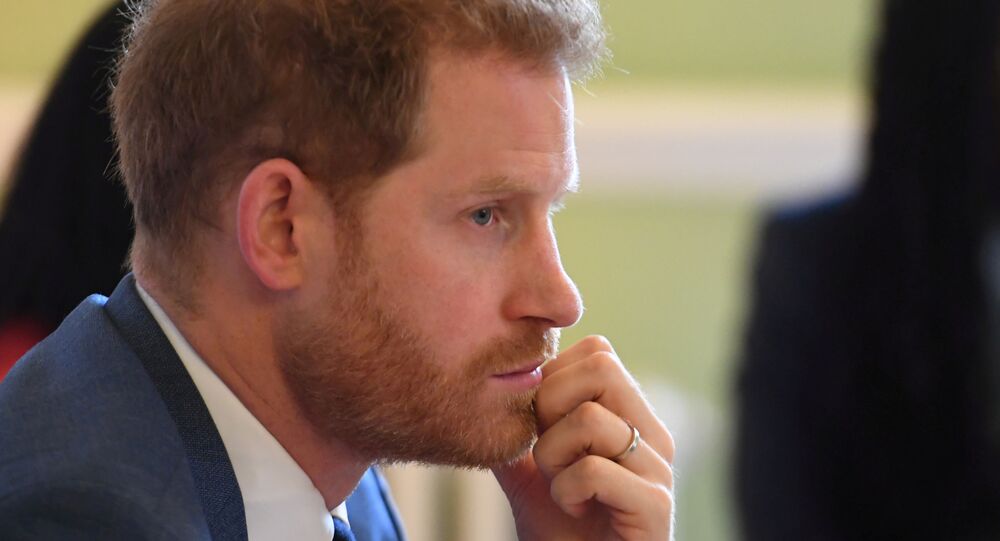 Portrait of Prince Harry Created by a Pig Sells For Over £2,000, Report Says

Queen Elizabeth’s grandson Prince Harry has been in the spotlight this month following the interview he and his wife Meghan did with American talk show star Oprah Winfrey, and a very talented pig is monetising the prince's recent TV appearance.

A painting pig from South Africa is cashing in on Prince Harry’s media limelight.

The four-year-old porcine artist, known to her fans as Pigcasso, created a vibrant portrait of the British royal, which sold to an unnamed Spanish buyer for £2,350, the Irish Sun reports, citing the pig’s owner Joanne Lefson.

"That painting was totally Prince Harry and was brought for a good price from a Spanish collector who is a big Pigcasso fan,” the owner revealed.

Super talented Pigcasso, who paints with a brush in her mouth, is apparently not “that different to other pigs,” Lefson believes – she's “smart, curious, and intelligent.”

"The only significant difference is that she has a tonne of talent when she paints,” she adds.

Lefson, who lives at Farm Sanctuary SA in the Franschhoek Valley with her pig prodigy, notes that all money from her paintings goes towards looking after the animals on the farm.

Pigcasso has apparently raked in almost £50,000 through her painting endeavours to daste – her portrait of the British monarch Queen Elizabeth II previously sold for more than £2,000 to a buyer in London.