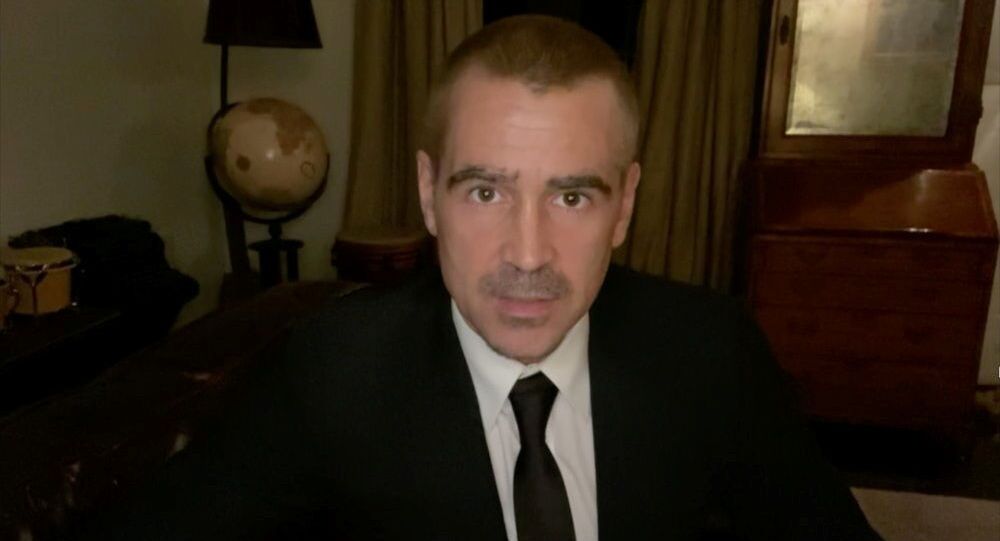 Golden Globes, the annual film and television awards ceremony was held virtually on Sunday from two locations, California and New York City. Because of the constraints posed by the coronavirus pandemic, some presenters, including the famous Irishman, joined the event via a videolink.

The 78th Golden Globe Awards concluded on Sunday, eliciting a wide range of responses from viewers. But one appearance during the show - that of the Irish actor Colin Farrell - seems to have left an indelible and even disturbing impression on fans.

The 44-year-old A-Lister, who had donned a suit to introduce The Father - a 2020 drama film which received four Golden Globe nominations - was addressing his public from what they assumed was his study. However, what really caught the audience's attention was his "frightened" look.

Some fans shared their concerns on social media, going so far as to wonder if the In Bruges star was being held at gun point.

​Others, however, were less concerned about his wellbeing and more focused on his new hairstyle and the shape of his eyebrows, while remarking on an antique globe and bongo drums seen in the background.