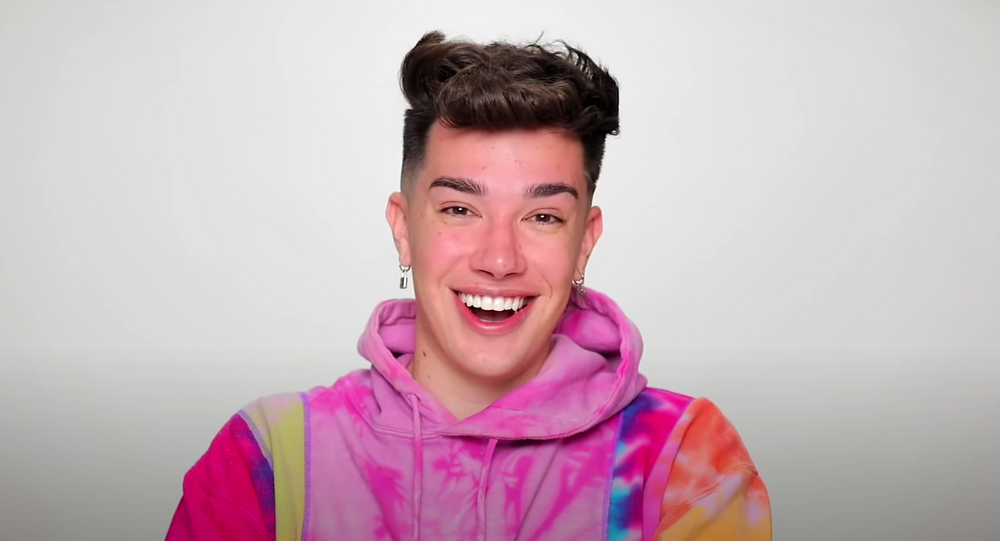 Earlier on Friday, an alleged 16-year-old posted a Twitter thread, entitled "my situation with James Charles," in which the user alleged that the popular social media influencer and beauty blogger, James Charles, had sent unsolicited, lewd photos and requested "hot" photos in return.

Within hours Charles released an extensive statement, on Friday evening, responding to the allegations of grooming and pedophilia.

"There's a video going round about me on TikTok and Twitter of a guy calling me a groomer and I want to address it right away. The accusation that I have groomed this person is completely false," the influencer tweeted.

Charles' comments come after a user named Isaiyah, who is allegedly 16, took to Twitter to repost TikTok videos in which he accused Charles of sending unsolicited, sexually explicit images. The TikTok footage has since been removed from Twitter, but two tweets from the thread remain.

The final tweet in the thread features the alleged 16-year-old showing a Snapchat message being opened.

i had to screen record it from my notes because it wasn’t sending on here. here’s me IN REAL TIME opening a snap. “just watch you show off and look hot as f*** haha” pic.twitter.com/MCxqppkLM9

According to Charles, Isaiyah "came across someone on my instagram explore [sic] page, saw he followed me, and added him on snapchat. The next morning, I woke up to several snaps from this person being excited I added him back, saying he loved me and also lewd photos of himself in the shower."

"I asked how old he was right away and he told me he was 18 so I started flirting back. In the excitement of meeting someone I though could be potentially great, I didn't ask for a cop of his ID or passport," Charles wrote in his statement, adding that the alleged 16-year-old appears to have had an "ulterior motive from the beginning" because he was recording their exchanges.

The social media influencer claimed that Isaiyah only "admitted he was 16" after being asked for a second time to confirm his age.

Charles concluded his statement by declaring that from now on he would "ask to see the ID or passport of every guy I have a conversation with."

Isaiyah has yet to directly address Charles' statements, but the alleged 16-year-old user tagged the influencer in a Twitter post, urging the 21-year-old to "make sure" he knows the age of people he texts.

If you’re gonna text someone, make sure you know their age. He added me on insta, my insta has my tik tok which shows me age. @jamescharles pic.twitter.com/et3eYJZE9P

"He added me on [Instagram], my insta has my tik tok which shows me [sic] age," Isaiyah tweeted along with a screenshot of his TikTok. He also posted a photo showing that his TikTok profile displayed his age, some 11 weeks ago.