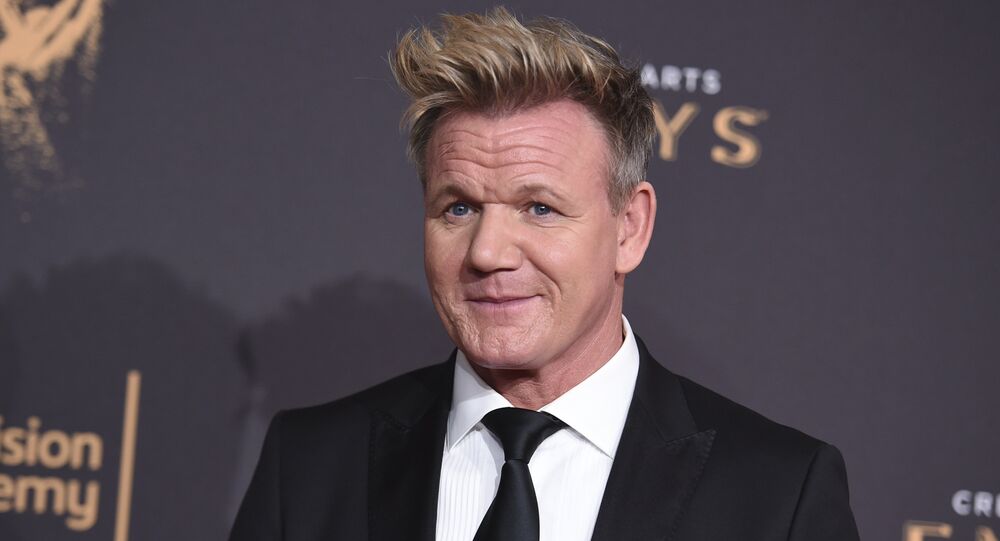 Famed TV chef Gordon Ramsay is known for his foul-mouthed outbursts and temper – the 54-year-old often resorts to slurs during his Hell's Kitchen show.

British Chef Gordon Ramsay got a grilling from an angry social media crowd after he branded one Scottish town a “s***hole” on national TV.

Ramsay made the comment during his new Bank Balance quiz show, which aired on BBC One on Wednesday.

As contestants were asked to name five Scottish cities as a part of the game, they mistakenly listed Falkirk – a small town around 37 km north-west of Edinburgh.

“I was born in Scotland. Falkirk is not a city. It’s a s***hole, I swear to God,” a disappointed Ramsay told the duo, prompting laughs from the studio audience.

@GordonRamsay enlightens us about Falkirk...... pic.twitter.com/rDlWYWpWUq

But not everyone was amused.

Some Falkirk locals branded the chef a “cheeky git” following the slur and demanded an apology, while others rushed to praise the town and things it has to offer to dispel Ramsay’s vivid description.

SNP’s Angus MacDonald, who represents Falkirk East, said that the cooking guru should have "his mouth washed out with soap” for his words.

Bawbag @GordonRamsay calling my hometown of Falkirk a ‘shithole’

You owe the people of Falkirk an apology ya fud. https://t.co/jedfyEDj2q

Great to see that @GordonRamsay knows his Scottish sh*tholes #Falkirk

.@GordonRamsay if you’ve not been in the town in the past 10 years then you cannot judge Falkirk. I could live pretty much anywhere but I chose this place as my home 10 years ago. The people are great and there’s good restaurants and bars - what more could you want?!

But a bunch of twitterians caught the chef's vibe:

“The people of Falkirk will be coming for Gordon Ramsay,” one user joked.

Brilliant, that made me laugh!!!. Falkirk will be burning effigies of Gordon Ramsay as we speak :-) :-)

The people of Falkirk will be coming for @GordonRamsay #BankBalance

The Hell’s Kitchen star, originally from Johnstone, Scotland, is yet to apologise for his foul-mouthed remark, and it's unclear if he's planning to.