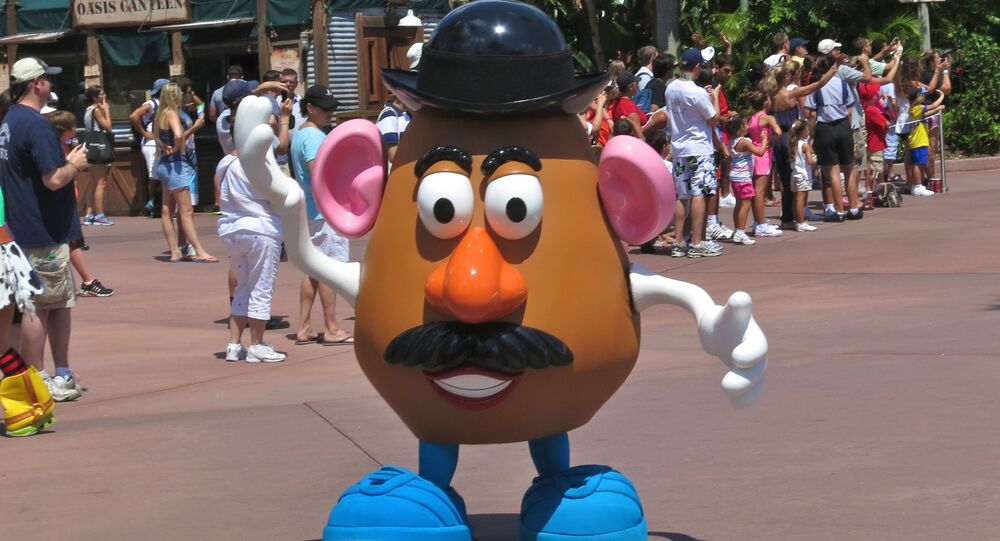 Mr. Potato Head, an iconic American children's toy created by Hasbro, is a vaguely anthropomorphic plastic potato to which one can adjust body parts such as arms, legs, eyes, eyebrows and hats, along with some clothes.

The Thursday news that the Hasbro toy company would drop the "Mr" out of its "Potato Head" brand immediately sparked a Twitterquake as users were outraged and baffled by the sudden change of name and identity of a favourite childhood toy.

"11 million children in the United States suffer from hunger, but first we have to stop that problematic Mr. Potato Head!", one of the user ridiculed, commenting on the name change.

Those angry over a new world in which Mr Potato Head is no longer a mister, and some laughing at how vigorously people defend gender pronouns for a plastic potato, propelled the toy into Twitter trends.

Mr. Potato Head becoming gender neutral is definitely one of those "nobody asked for this, please stop helping" things but it is funny in a depressing way to watch the transphobic crowd defend the pronouns and honorifics of a potato

Mr. Potato Head has now been renamed to be gender inclusive.

When will the activists demand Joe Biden stops use of the “Come On, Man” catchphrase?

For inclusivity’s sake, it should be “Come On, Person!”

They're really throwing a fit over Mr. Potato Head pic.twitter.com/psXtijLiJG

Over/under on how many Potato Head mentions at CPAC?

Who will be the first to ask why Joe Biden has cancelled our children’s toys?

​Some wondered what would happen to the - yes - Mr Potato Head's wife, Mrs. Potato Head. "Did anyone tell her?", netizens questioned. Others immediately rolled out theories on what could happen to her.

So, Mr Potato head has become gender-neutral? Does Mrs Potato head know? She's gonna be pissed when she finds out. I always thought that Freddie Mercury Moustache was suspicious. pic.twitter.com/U5DQyhYKZA

Mrs. Potato Head has also been killed off. She will be replaced by an asexual can of Pringles.

​However, as passions ran high in social media, the company behind the potato toy, Hasbro, weighed in to cool everybody down. It appeared that no one was actually encroaching on Mr Potato Head's gender, and the name change only applied to the toy brand that included both Mr and Mrs Potato Head.

​The 1952 Hasbro toy that suddenly reappeared in the spotlight in 2021 was first developed by George Lerner in 1949. One can spot cameos of Mr and Mrs Potato Head in the famous Pixar animated movie franchise "Toy Story".