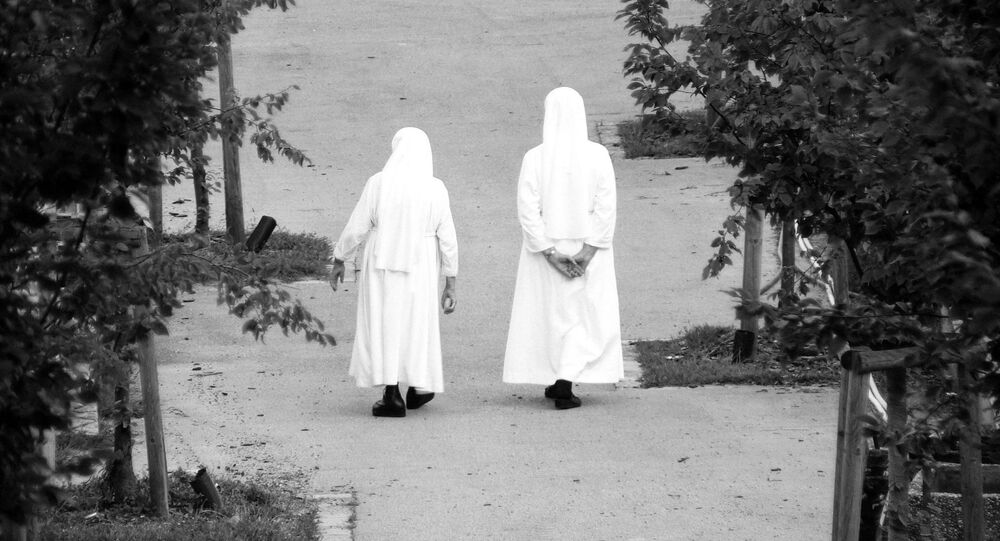 'Someone Has to Do It!': Nuns Expelling 'Demons' From Irish Parliament Accused of COVID Breach

A group of nearly 70 ‘believers’ gathered in Dublin in December to carry out an ‘exorcism of the Dail’ ritual while the country was under COVID lockdown.

Two nuns from the Republic of Ireland are facing accusations of breaking COVID regulations for travelling nearly 200 kilometres to Dublin in December to exorcise the country’s parliament, according to the Irish Examiner.

The trip took place at a time when domestic travel between counties was prohibited in the country.

Mother Irene Gibson and Sister Anne Marie of the Carmelite Sisters of the Holy Face of Jesus from Cork, joined a group of nearly 70 participants gathering outside the Irish parliament on 8 December to expel the demons from the Dail building.

The procession, led by Fr Giacomo Ballini from The Society of St Pius Resistance, then moved to Herbert Park for the traditional Latin Mass.

It’s not clear whether other attendees of the “exorcism” session face a similar backlash as the nuns in relation to breaking COVID restrictions for their participation in the event.

The video of the procession has been circulating online since December.

As Fr Ballini was caught on camera spraying holy water on the Irish Government buildings, he expressed hope that “some of these evil spirits” have now left the place.

“No human power can take away the right to say Mass,” Fr Ballini added.

Mother Gibson and her religious colleague have apparently travelled several hundres kilometres for demon-expelling procession. Some social users joked that the trip was an “essential journey.”

Obviously they considered it an essential journey

Maybe they know something we don't.

Sure someone has to do it

I'm not sure it worked. That crowd are still there!

The two nuns have already been in hot water with the law, the Irish Examiner says. In 2019, Mother Irene Gibson was convicted for violating planning regulations with a religious retreat which she sited at Corran South.

The nuns were ordered to leave the place and have now raised more than €77,000 in crowdfunding to purchase a new property after attempts by “the children of darkness” to crush them, Mother Irene said on her GoFundMe page.