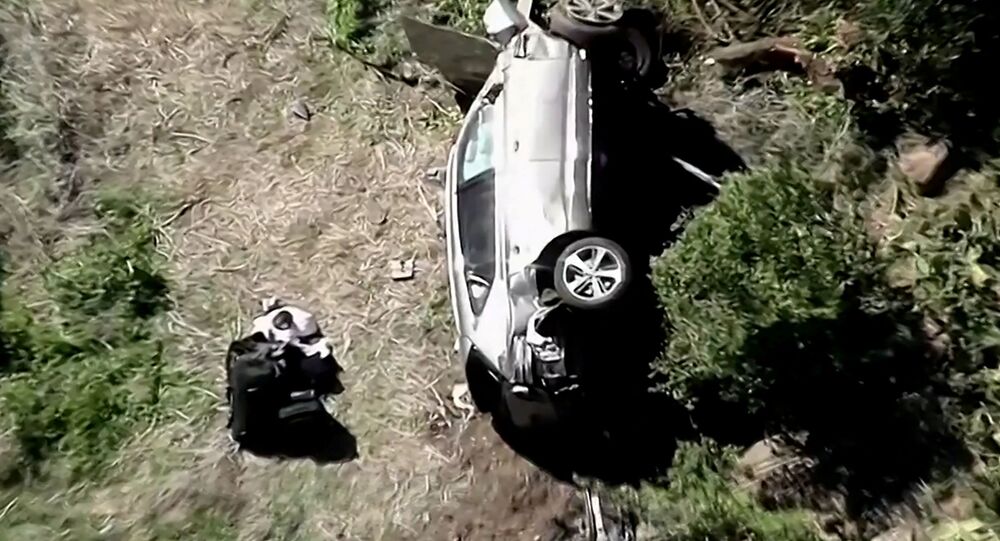 Professional golfer Tiger Woods was involved in a severe single-car accident on Tuesday that saw the athlete lose control of his vehicle, which then rolled over multiple times into a grassy hillside in Los Angeles, California. Woods was conscious at the scene, and is currently recovering at an area hospital after undergoing emergency surgery.

Andy Scholes, a sports reporter and anchor for CNN, came under fire by viewers when the veteran journalist touched on the golfing legend’s past use of painkillers moments after news first broke that Woods had been involved in a serious accident.

Scholes first caught the attention of many after he remarked during an on-air Tuesday interview with CNN’s Brianna Keilar that he was “stunned, I guess, but not entirely surprised” by reports of the accident. He subsequently followed up his take on the events by bringing up Woods’ past use of painkillers.

“You know, Tiger back in 2017 was found by police pulled over to the side of the road, asleep in his car. He had said he had taken a lot of painkillers at that time because we all know Tiger’s undergone a lot of surgeries over the years,” Scholes told Keilar. “Painkillers have become a part of his life.”

And with that, netizens quickly took to their keyboards to blast Scholes for his remarks, condemning the journalist for his “irresponsible” and “poor” journalism skills.

As the tweets and comments began to roll in, Scholes eventually acknowledged his misstep and issued an apology, telling a variety of users on Twitter that he “didn’t mean for it to come out that way.”

Hours after reports surfaced of the accident, local law enforcement officials held a news briefing and confirmed that Woods did not appear to show any signs of impairment when first responders arrived on the scene.

An ongoing investigation is being conducted by the Lomita station of the Los Angeles County Sheriff’s Department. Sheriff Alex Villanueva told reporters on Wednesday that Woods is not facing any charges of reckless driving, but that he may be issued a low-level offense if investigators determine he was either speeding or not paying attention to traffic.

'Get Well Soon, Tiger Woods!' Wishes Pour in for Legendary US Golfer in Wake of Car Crash

Tiger Woods Car Crash: A Recap of the Golf Legend's Ups and Downs