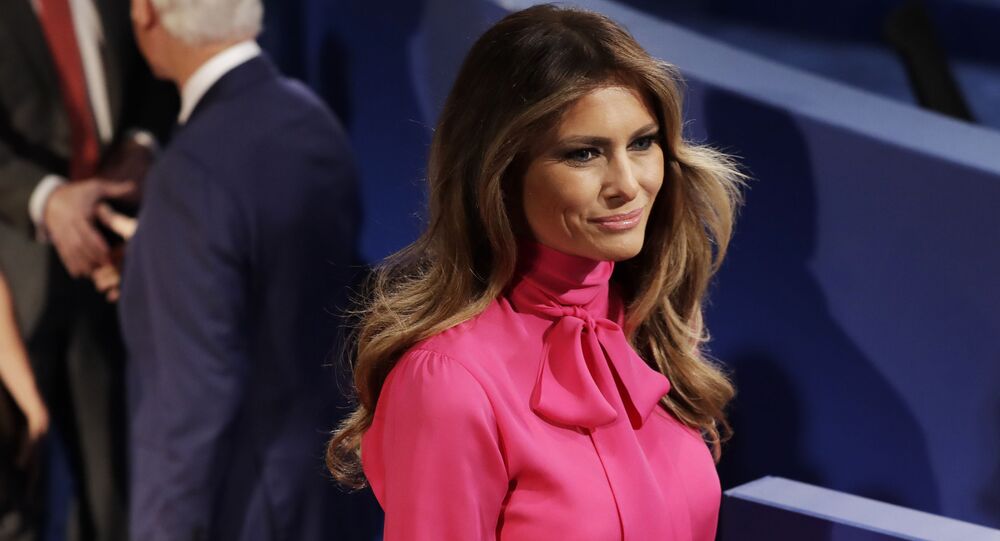 Matheson has already apologised for this thinly-veiled barb aimed at Melania, eliciting a somewhat mixed response online. The police are investigating the threats.

According to the media outlet, in his since-deleted tweet from 23 January, Matheson quipped about how "wonderful" it is to "have a First Lady with class and heart" who "can speak English."

But while he's since deleted the post and tweeted an apology, he reportedly contacted the authorities after someone allegedly threatened: "Pay me big bucks or I will kill you."

This morning I made a hasty and stupid joke about the former First Lady. It wasn't funny, and it was in poor taste. It was regretful and humorless and I apologize.

​The police are investigating after Matheson contacted the LAPD and filed an “extortion report” due to the alleged financial demands, the media outlet notes, citing its sources.

Meanwhile, Matheson’s apology elicited a somewhat mixed response online. While some seemed to appreciate his move, others argued that the actor had “doubled down” on his earlier statement "before getting push back."

She is free game after what she consigned to! Its nice of you to apologize though.

Exactly, he truly believes it. His remorse is from the backlash to him only.

Very nice of you. Think nothing of it.

Nope, he doubled down pic.twitter.com/iHhurLoA2v