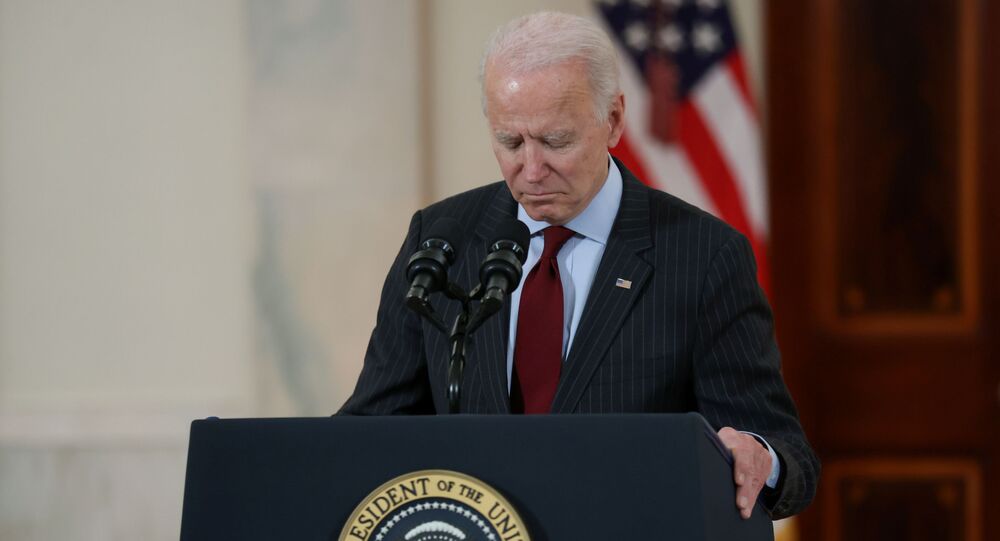 Incumbent US president was previously the one who said during the August 2019 town hall meeting in Iowa that “poor kids” were just as intelligent as “white kids” - the phrase that has sparked a lot of questions among observers.

It was probably just a gaffe when Joe Biden used a hateful slur during his video appearance at the Munich Security Conference on Saturday. But many who analysed his speech were left uncomfortable after hearing a problematic N-word from the Democrat president.

Toward the end of Biden’s 18-minute speech viewers heard:

“Look, the range of challenges Europe and the United States must take on together is broad and complex. I am eager to hear, nig**r [sic] here next from my good friends and outstanding leaders such as [the German Chancellor Angela] Merkel about her thoughts and the way forward.”

As the moment was pointed out by journalists, a lot of media users felt awkward. Some suggested that the gaffe was a result of Biden’s unfortunate attempt to repeat “eager to hear” one more time or simply a “mental typo” of which he has had many in the past.

But others were pretty confident that the lapse was unpardonable: after all, what would happen if it had been ex-Republican president Donald Trump who made the mistake?

Biden slipped and said the N-word live on CNN yesterday and where’s the outrage from the anti-racism crowd? pic.twitter.com/mRYETey0K2

Did he seriously drop the "N" word?!
Where's the outrage from the media and BLM???!!!

Imagine if Trump had this sort of misspeak

He says "eager to hear". This really is fake news. I can't stand Biden and the Dems but people shouldn't be mendacious, even though the Dems have mastered that to a tee

Probably a mistake, but imagine if that was Trump

Biden’s “fact checkers” scurrying to clear this up pic.twitter.com/U3hJ4UECOF

Well he must make a LOT of mistakes then because even in the run up to the ejection he was saying a lot of similar stuff. “Poor kids could be just as intelligent as white kids” being just one of them.

The problem is that it’s not the first time Biden’s babbling has prompted many to accuse the president of racist inclinations. Back in August 2019, Biden said during a town hall meeting in Iowa - hosted by the Asian and Latino Coalition - that “poor kids are just as bright and just as talented as white kids”.

“Wealthy kids, black kids, Asian kids — no I really mean it, but think how we think about it,” he continued after a short pause but his words had already stuck in many minds.

Biden’s campaign managers made an ill-fated attempt to save the situation:

“Vice President Biden [sic] misspoke and immediately corrected himself during a refrain he often uses to make the point that all children deserve a fair shot, and children born into lower-income circumstances are just as smart as those born to wealthy parents,” his deputy campaign manager Kate Bedingfield said at the time.

Months later, Biden made another racially charged “slip”: speaking to a crowd in Milwaukee in his first Town Hall speech as US president, Biden suggested that many members of the Hispanic and the African community could not get COVID jabs because they did not know how to “get online”- a remark that received a strong backlash all over the net.