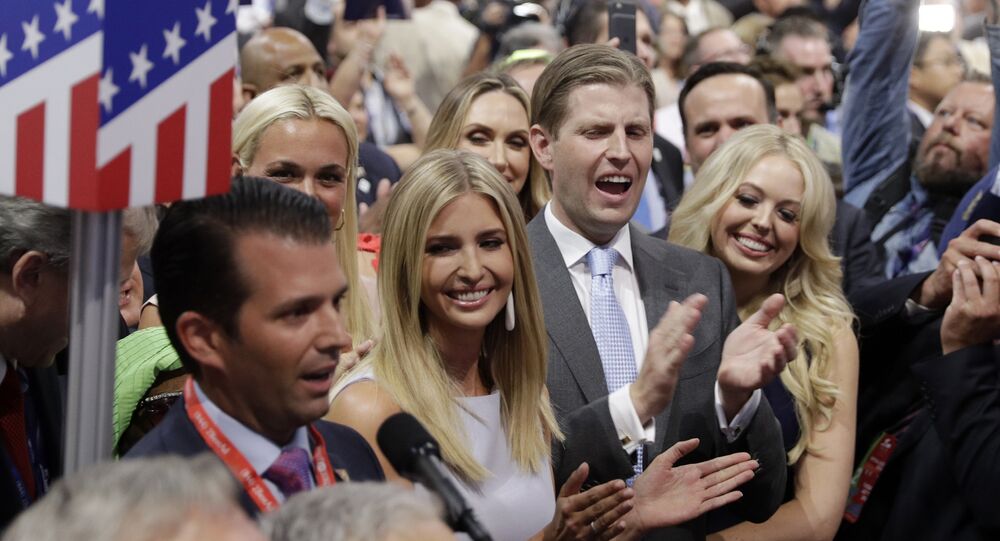 The US Supreme Court on Monday greenlighted a handover of Donald Trump’s tax records to New York prosecutor that the ex-president has long tried to oppose, calling the investigation into his business deals "a fishing expedition" and another part of “the witch hunt”.

In a satirical piece for the New Yorker, comedian Andy Borowitz joked that Donald Trump’s “greatest regret” as American’s commander-in-chief was not naming his children Ivanka, Eric and Donald Jr. to the US Supreme Court, following its Monday ruling allowing New York prosecutors to obtain the former president’s tax records.

Borowitz “cited” the ex-president’s claim “on Fox News” that his three children apparently could have turned out “way better judges” than “those three clowns” he named to America’s highest court – referring to Trump’s nominees Neil Gorsuch, Brett Kavanaugh and Amy Coney Barrett.

“Gorsuch, Kavanaugh, and Barrett are the worst people who have ever worked for me. And that includes Scaramucci,” Borowitz 'quoted' Trump as saying – a remark never to be found on the Fox News.

“Donald Trump. Thank you Mr. President. It is an honour to be included in that esteemed group who stuck to the law and defended the Republic,” the ex-official said on Twitter, citing Trump’s alleged ‘quote’.

Scaramucci’s followers rushed to assure the entrepreneur that the article was nothing more than a satire from the Borowitz Report, which is famous for its “not news” pieces – including one claiming that Ivanka Trump has already applied for “the job” as Joe Biden’s daughter.

“It was a satire! I believed it for a while. Still plausible in real life though,” one Twitter user told Scaramucci, while many added that the joke was quite believable. Not everyone had actually managed to distinguish it from truth.

If it's from here, then it's satire, not actual quotation–although telling that it's hard to distinguish anymore with Trump! https://t.co/1bMq92PWf4

While I agree with your sentiments, it was satire. He didn't really say that. (Sad that it's totally plausible, though!)https://t.co/GadvjYvyKg

It’s a @BorowitzReport quote but... I had to check because it sounded real

In October 2020, the 2nd U.S. Circuit Court of Appeals decided that a subpoena from the office of Manhattan District Attorney Cyrus Vance Jr to give in the materials to grand jury should be upheld.  Then-president Trump opposed the Democrat attorney’s request and signalled that he would fight it to the Supreme Court – unsuccessfully, as it emerged this week.

Trump denies having been sexually involved with the women – and has dismissed Vance’s probe as "a continuation of the witch hunt — the greatest witch hunt in history".