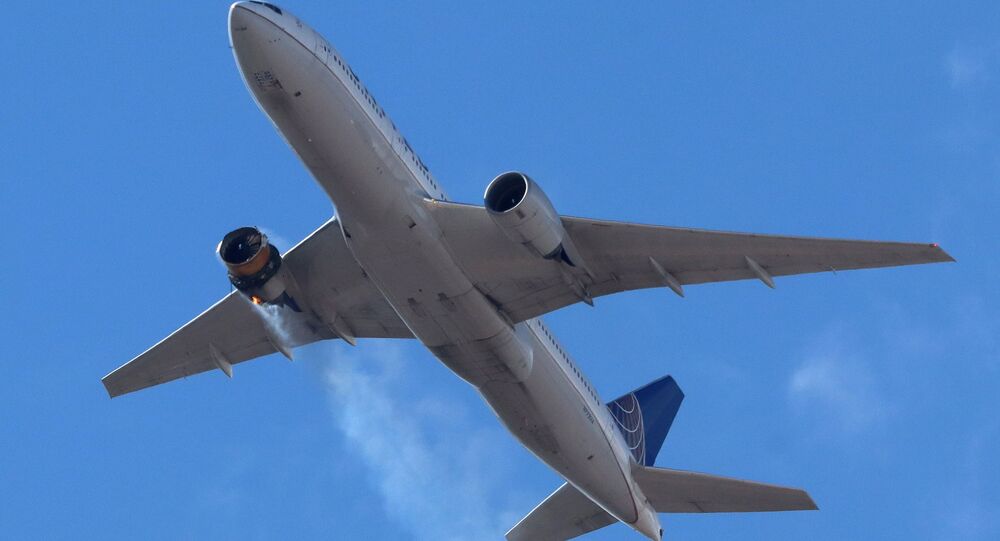 Fortunately, the plane was able to land safely and no one was injured in the accident. However, police said that the aircraft scattered debris in multiple places as it was flying over Broomfield.

The plane had to make an emergency landing, but luckily, all passengers are safe.

The video of the in-flight fire was shared on social media showing the exterior of one of the engines starting to catch on fire. The terrifying moment was reportedly captured by one of the passengers on board.

​Another video shows the aircraft landing at the Denver International Airport and passengers clapping, apparently, with relief.

United flight 328 lands at DIA after losing part of its engine en route to Hawaii. Debris fell into a neighborhood in Broomfield as passengers onboard described a loud bang.

You can hear passengers clapping when the plane touched down.

Broomfield police said that the plane dropped debris in several neighborhoods in the city as it was experiencing engine trouble. The authorities warned citizens against touching or moving the debris, as the NTSB will be conducting an investigation.

Another photo of debris from a home off Elmwood in @broomfield. pic.twitter.com/VXEHEMpeDD

.@NTSB is sending a team to take over the investigation. Once again please don’t touch or move any debris and report to dispatch at 303.438.6400 ASAP. pic.twitter.com/zBl0s4jIFA

​The FAA issued a statement on the accident: “A Boeing 777-200 operated by United Airlines returned to Denver International Airport and landed safety Saturday after experiencing a right-engine failure shortly after takeoff.”

Air traffic radio captured the moment the United pilot called mayday due to the engine failure.

Pulled the LiveATC...pilot called mayday for engine failure on #2...you can hear fire bell at beginning–> pic.twitter.com/fJPvxDZRQf

Other videos were also shared online by shocked witnesses.

I saw an explosion on this low flying aircraft over @broomfield about 45 minutes ago. Debris fell from the plane and left a black cloud of smoke. The plane continued on. Any new on if this plane landed safely? @BroomfieldPD @NMFirePIO @9NEWS @KyleClark pic.twitter.com/paMCdiuWMN