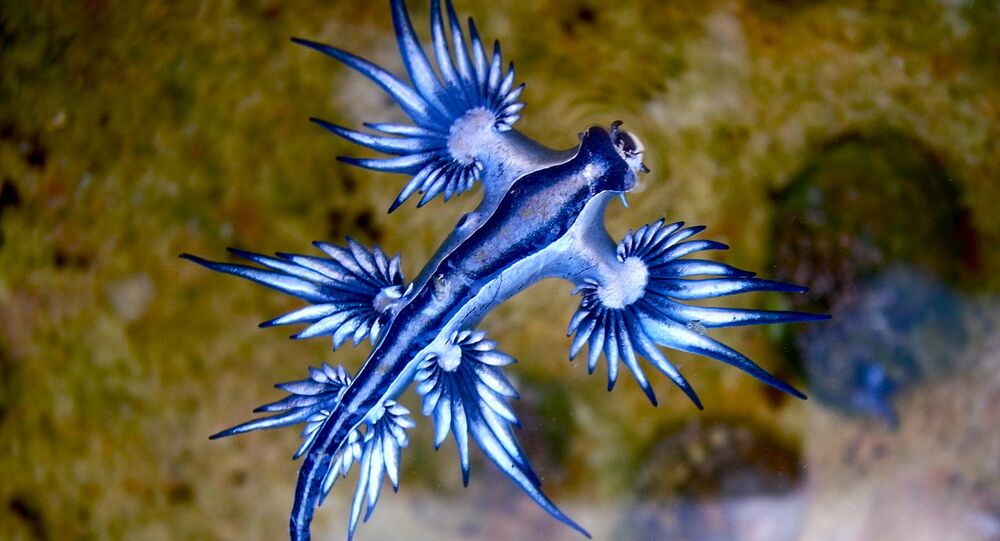 It's not unusual for Australians to stumble upon scary and venomous creatures, but a marine biology student has managed to capture something that looks like an alien from outer space.

Alien-looking creatures have been discovered on Australia's shores, along the east coast. The mysterious ‘aliens’ from the ocean actually are known as Blue Dragon, or Glaucus atlanticus, a rare sea slug.

While Blue Dragons, which swim upside down to show off their bright colour, don't breathe fire, their sting is considered to be very painful; they may strike if they're in their defensive mode.

Normally they can be found floating in remote ocean waters, but due to the wind, a group of Blue Dragons washed up at Long Reef on Sydney's Northern Beaches.

Marine biology student Lawrence Scheele has been tracking the blue creatures all summer according to the Daily Mail. After discovering them near Sydney he posted videos of them on his Instagram.

"I was really lucky to have caught them all at Long Reef," he said as quoted by the ABC.net.au.