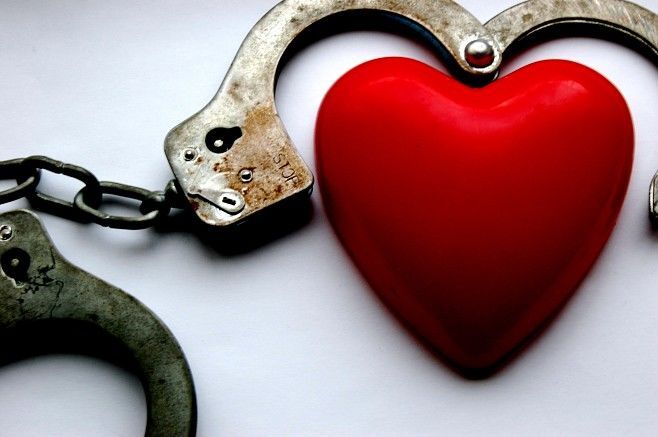 For many, Valentine's Day is a special day to spend some quality time with a significant other. Love is complicated, however, so the latter may sometimes turn to exes - with the corresponding changes, apparently, to how - and where - quality time can be spent.

The Nash County sheriff's office in North Carolina rolled out on Thursday an extravagant "special offer" for Valentine's day, addressing those who prefer not to please their current Valentines, but rather to salute their exes.

"Do you have an ex-Valentine and know they have outstanding warrants?" the sheriff's office offers on its Facebook page. "Give us a call (252) 459-4121 with their location and we’ll take care of the rest."

One may wonder what is included in such a tempting special offer, and the police department immediately fulfills your curiosity, revealing that the so-called "Valentine’s Day Weekend Special" starts off with a set of limited-edition platinum bracelets, free transportation with a chauffeur, a one-night minimum stay in our luxurious [five-star] accommodations", finishing with a "special Valentine’s dinner".

Sheriff's office also encouraged to "provide additional referrals" - in case, apparently, one wants to make the Valentine's Day truly unforgettable for their ex.

The sarcastic special offer from the police drew diverse reaction from netizens. While some appeared to be entertained by the "creative marketing", others assumed it was not funny to joke about putting someone behind bars.

"This is hilarious. Good idea. Hope you get overbooked", one user wrote.

"I absolutely love your sense of humor! It's the cherry on top of the cake!" another added.

Not everyone appeared to be a fan of the police humour.

"This is why y'all need to be defunded", a netizen argued.

"This is in terrible taste", another criticised. "In addition to laughing about locking people up, we are in a pandemic where getting locked up can literally kill people."

"Who came up with this crap? Talk about tone death? Not surprised tho", said another user.