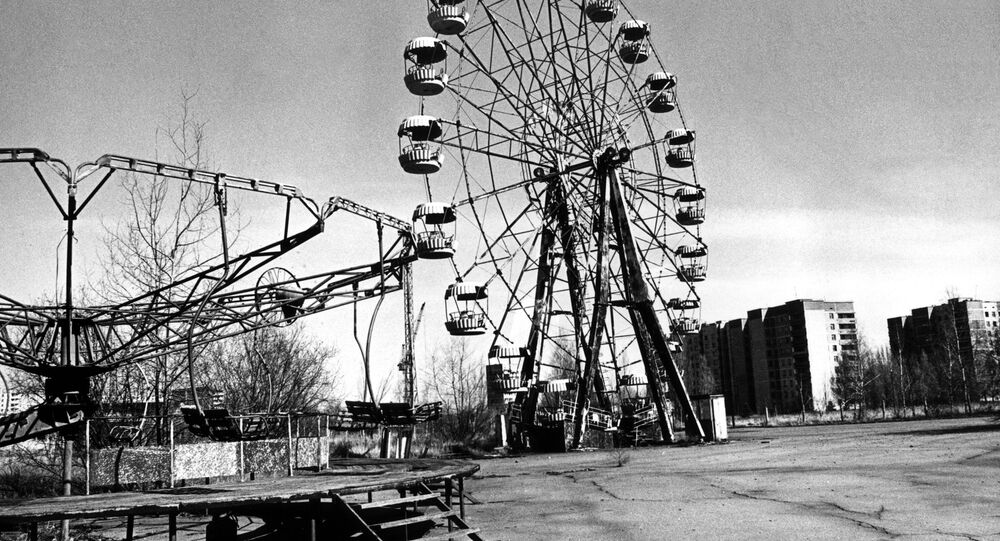 While it's immediately clear what exactly is depicted, social media users offered a number of possible explanations, ranging from the mundane to paranormal.

The desolate city of Pripyat in Ukraine, which has already been featured in a number of movies and video games due to its proximity to the Chernobyl nuclear disaster, has recently attracted the attention social media after a mysterious sighting, the Daily Star reports.

The discovery in question was made by a TikTok user called “@hidden.on.google.earth” as they browsed Google Map images of the abandoned settlement.

As they surveyed the interior of what used to be a post office before the city was evacuated in the immediate aftermath of the 1986 nuclear disaster, the camera shows what looks like "an eerie figure...perching on the windowsill," as the newspaper puts it.

It's hard to say what the strange object is for sure, but many netizens have speculated. Some think it's ghost while other say it's just a statue.

The Chernobyl nuclear disaster struck on 26 April 1986, when an explosion in the station's Reactor 4 contaminated a vast territory. Nearly 3,000 square miles of northern Ukraine and parts of Belarus were depopulated as a result, with 1,000 square miles turned into an exclusion zone due to elevated levels of radiation.