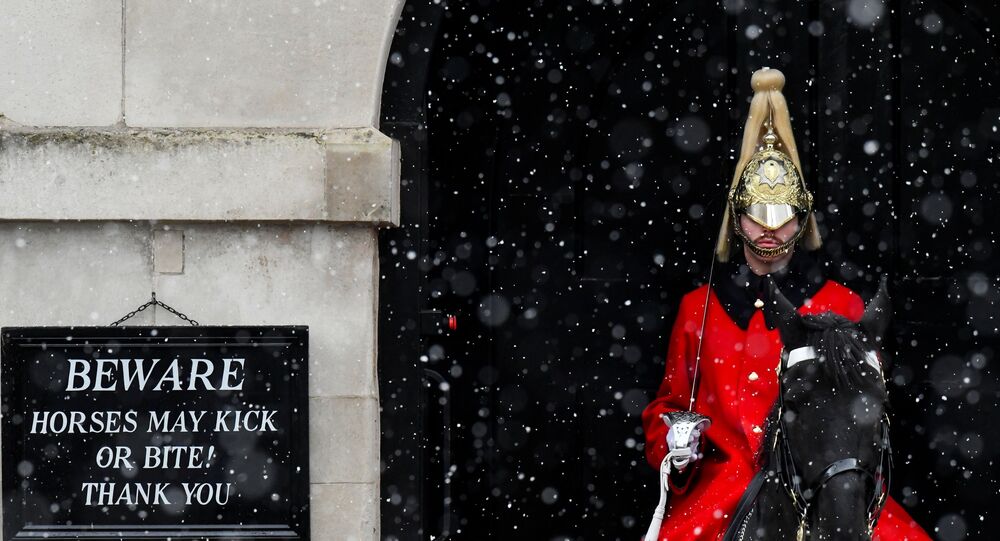 The Beast is Back: How Britain is Coping With Heavy Snow

It's been three years since the "Beast from the East" covered the UK in ice and snow, and now it's believed to be back for more carnage as the country braces for a few days of extreme weather.

On Tuesday, Twitter was awash with wintery snaps featuring Brits wallowing in the snow, especially in London, which has witnessed rare snowfalls after the "Beast from the East II" blew in.

Snow falling in Chiltern St, Marylebone. I went out for a walk with the wife just to stretch our legs this morning. It’s magical when it snows in London. pic.twitter.com/uMpbcPQcGm

I feel like I’m living in a snow globe today... it’s finally snowing after so many years! What a beautiful morning it is today ❄️⛄️💖 #snow #londonsnow pic.twitter.com/a9NJAiWcun

While many are enjoying snowball fights, sledging, and making snowmen, Britons are still being warned about subzero temperatures and potential power cuts with more heavy snow forecast as Storm Darcy marches across Europe.

The return of the beast from the east turn my ferrari half white. Before to go to work. pic.twitter.com/uY9KHAesAe

Struggling to even graze kale now 😏 wondering if there might be more snow than the beast from the east... Cows don’t seem concerned whatsoever though! pic.twitter.com/ZSCuJnsAjQ

Morning I decided against the morning run.Will have a rest day and enjoy the view.Weatherforecast was right.Also said it would be 14° in London this pm #goodmorning #snow #Yorkshire pic.twitter.com/pyvHReWOAN

The Met Office said that in the most-affected regions the snow could reach up to 25cm. Yellow warnings have been issued nationwide to warn people about slippery ground and potential travel disruptions.

In Scotland, amber warnings were sounded on Tuesday from 3am, meaning cancellations to air and rail travel – as well as power cuts – could hit the country.

Significant* snowfall here in South East London. If it stays it might be a busy call out week for yours truly 😑

*significant in terms of we never get snow that settles so people will crash lots pic.twitter.com/xoJM5l0VvA

The original "Beast from the East" arrived in February 2018, blanketing the UK in heavy snow for days.

Back then, Britons were not prepared for the snow, which almost brought the country to standstill. So users immediately started looking for comparison, raising a fair question – is the UK now ready to battle the Beast in round 2?

It’s amazing what a bit of stratospheric warming and a polar air mass can do, Yr11. Out in the snow yesterday I was remembering our case study of Beast from the East. pic.twitter.com/t6aQZDGgPs

The most beautiful street in Glasgow has turn into a blue run. Again...

We saw similar footage during the beast from the east in 2018. This is Gardner street.

Snowy loop... tad windy 🌬 and cold 🥶, but not a patch on Beast From the East 3 years ago. Yet. 🙏🏻🙏🏻🙏🏻 @MONTANEuk #peakdistrict pic.twitter.com/vxnoyNST2y

My entry for Storm Hour POTW: @StormHour #StormHour #POTW #snow #winter After the 'Beast from the East' on 3rd March 2018, a picnic table in deserted fields at Tredegar Park in Newport, Wales. pic.twitter.com/373ygq0J76

Finally, there's hope things like this don't happen this time around: