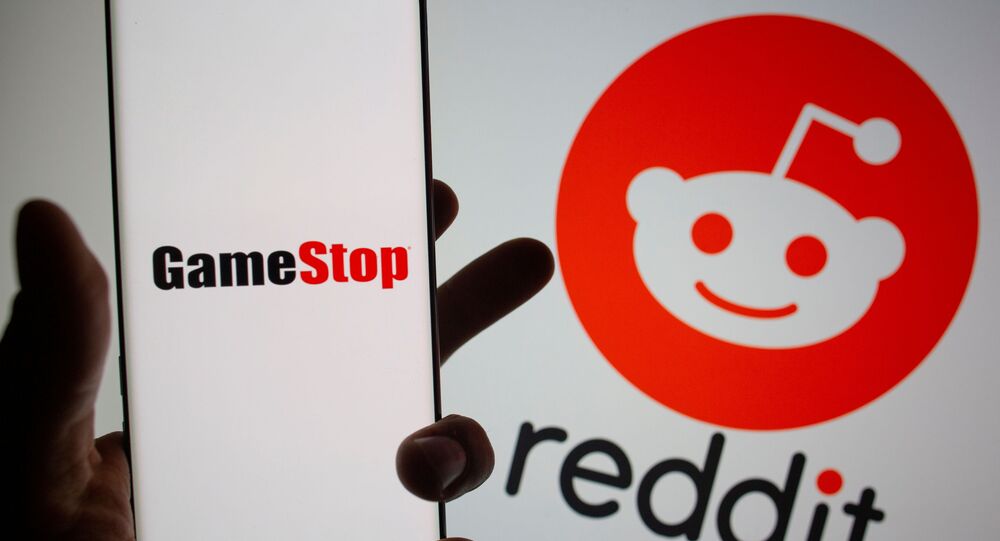 Wall Street traders lost billions of dollars at the end of January after a group of amateur investors from a Reddit forum coordinated a "short squeeze" attack on stocks of electronics retailer GameStop. Not only for money though – but for the sake of “justice” – to punish hedge funds for betting on its failure.

Despite the eye-watering cost of booking a Super Bowl advert, Reddit decided to take a chance and spend its “entire marketing budget” on a five-second message to celebrate the “underdogs” in an apparent nod to the architects of the GameStop ploy that played out last month.

The trick seemed to work, as many social media users said they even paused the Super Bowl broadcast to “go backwards and read” the message which was several paragraphs long. Some took screenshots and shared them online, something Reddit was really happy about as it expressed its delight on Twitter.

Reddit spent their entire marketing budget to get five seconds of ad time during the #SuperBowl.

The spot was to help celebrate their community members who drove the momentum behind the GameStop and AMC stocks last week. https://t.co/4BJ2j42jx7

My boss is going to be so happy to hear this.

Apparently, the company wasn't even sure if the brief message would get across to viewers.

“Wow, this actually worked. If you’re reading this, it means our bet paid off,” Reddit said in the ad.

“Big game spots are expensive, so we couldn’t buy a full one. But we were inspired and decided to spend our entire marketing budget on 5 seconds of airtime,” the message reads.

The company did not disclose how much it paid for the ad but a 30-second commercial during the Super Bowl is estimated to cost around $5,500,000.

“One thing we learned from our communities last week is that underdogs can accomplish anything when they come together around a common idea.”

There was no direct reference to GameStop’s amateur investors who stopped Wall Street hedge funds in their tracks over a week ago but many got the message. At the end of January, a group of inexperienced traders from Reddit’s "r/WallStreetBets" forum guided by a financial analyst called “Roaring Kitty” hiked the stock of GameStop and other companies they believed were undervalued, which prompted billion-dollar-losses for hedge funds, which had bet on the companies’ securities falling further.

“Powerful things happen when people rally around something they really care about. And there’s a place for that. It’s called Reddit,” the website said in the Super Bowl message.

Meanwhile, American lawmakers called for an investigation into the frenzy, while “Roaring Kitty” has apparently been targeted by authorities for potential violation of federal laws.