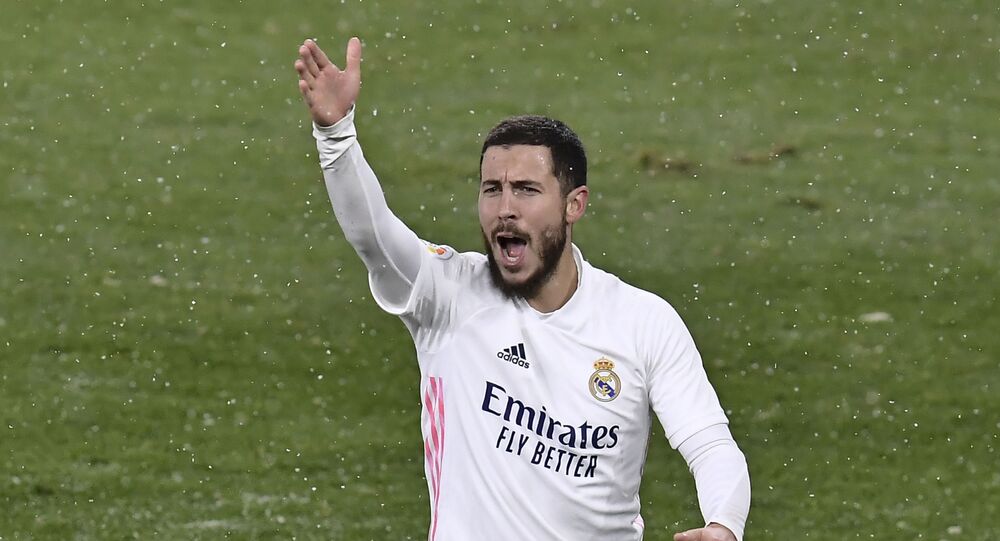 According to Spanish media, the Belgian could miss up to six weeks after suffering from a muscle problem in his left thigh which came to light during training. His injury further complicates Real Madrid’s battle for La Liga as the club is currently ranked third and is lagging 10 points behind leaders Atletico Madrid, who also have a game in hand.

Real Madrid’s Eden Hazard has been trolled by Burger King as the company shared a Twitter post by a Spanish TV show which asked viewers why the attacking midfielder did not train with the team. To that Burger King replied:

"2x1 at Burger King", implying that the Belgian has been lured by the company's offer to buy two burgers and get one for free.

Burger King’s sally is quite ruthless since, because of multiple injuries, Hazard has missed lots of games for Real Madrid and has even put on weight.

​Burger King’s post caused a stir on social media with some users criticising the fast-food chain for mocking the player.

"I won’t buy your burger again in my f**king life, clowns!"

"Hazard is not in shape, but he has had and has football quality. However, you do not have quality of food, that is pure junk."

​But others appreciated the jape and joked that they know what is behind the attacker’s weight problem.

​Still others joined Burger King in trolling the athlete.

​However, for Hazard, this latest injury is no laughing matter. In the past two years the Belgian appeared in only 35 games for Real Madrid. Last season he scored only one goal. This season has been no more successful – three goals in 12 matches. It won’t be an exaggeration to say that these numbers are a tragedy given that Real spent more than $192 million on him hoping he would replace Cristiano Ronaldo, who left for Juventus. For the purposes of comparison, in his last year at Chelsea he scored 23 goals. Reports say his latest thigh injury will keep him sidelined for six weeks.

"It's another relapse, a chronic situation that always goes wrong in the end. First the ankle, then the muscle injuries. It's all very unpleasant," said Kristof Sas, team doctor of the Belgian national side, about the news.

Hazard is expected to return to the pitch in the middle of March. His absence will stymie Real Madrid’s chances to qualify for the quarterfinals of the Champions League and catch up with La Liga leaders Atletico Madrid.