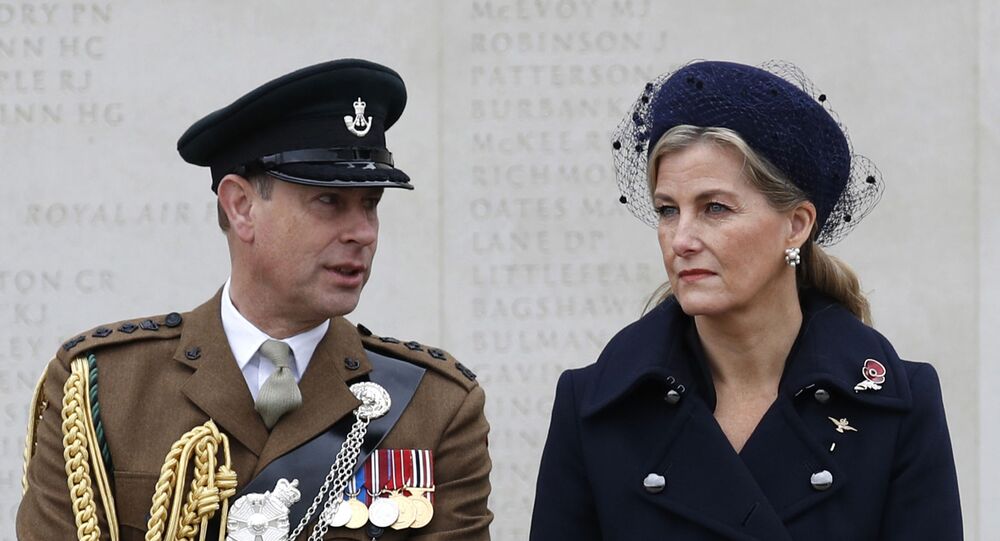 'Is This Serious?' Chuckles as Media Claims Prince Edward Could Be Sent to Scotland to 'Save Union'

Last year, an aide to Prime Minister Boris Johnson reportedly "mooted" the idea of sending the Earl of Wessex and his wife Sophie to live at Holyrood Palace in Edinburgh, which is the Queen's official residence in Scotland.

Twitter users have quipped at a Daily Mail report claiming that last year the British government considered relocating Prince Edward and his wife to Scotland, as part of a plan "to save the Union" amid First Minister Nicola Sturgeon's increasing drive to hold a second independence referendum.

One netizen described sending the Earl of Wessex to Scotland as "a stupid idea", while another user sarcastically called for relocating Prince Andrew to the US instead.

"Is this a serious story? Downing Street have a real talent for misreading the room. Tories and their disastrous Brexit have killed the Union", one more netizen argued in a tweet.

Can we send Prince Andrew to the United States instead to keep Harry company?...

Is this a serious story?
Downing Street have a real talent for misreading the room. Tories and their disastrous brexit have killed the union.

Poor scotland.Who is the stable genius that came up with this idea?!😂 pic.twitter.com/9VAPcdj9jO

Thus showing that Downing Street hasn’t got the foggiest idea of what makes regular people tick.

How patronising and desperate.

They have become so utterly irrelevant. In a world of covid, personal uncertainty and financial insecurity what have they done to help? Platitudes and "We're [not] all in this together". Time to end the monarchy and the nonsense of inherited privelege.

How will that work? I don’t give a damn where they live, I’ll still vote for Independence 🤷🏼‍♀️

Wow what a truly stupid idea
Is there not even a song about a previous Royal Edward who came North and had back off! pic.twitter.com/HxTEfBWPjL

Several others admitted that they didn't even know who Prince Edward is.

My 24 year old daughter asked me who the hell is Prince Edward ? 😂

The Daily Mail cited unnamed sources as saying that an aide to Prime Minister Boris Johnson "mooted" the idea of the Earl of Wessex and his wife Sophie taking up full-time residence at Holyrood Palace in Edinburgh.

The government reportedly wanted Sophie and Edward to become the local branch of the Royal Family amid London's concerns over the growing calls for a second Scottish independence referendum.

According to Nicola Sturgeon, her government will hold an independence referendum if the SNP wins a majority in the elections, due to be held in May.

© REUTERS / RUSSELL CHEYNE
Nicola Sturgeon Says Scotland Will Hold 'Legal Referendum' if SNP Wins Majority in May Elections
In a letter to Sturgeon in early 2020, Johnson underlined that "the Scottish people voted decisively to keep our United Kingdom together, a result which both the Scottish and UK governments committed to respect".

Scotland already held one independence plebiscite back in September 2014, in which 55 percent of voters expressed their desire to remain in the UK.

However, new calls for an independence vote сame after the UK voted to leave the EU in 2016. In that vote, Scotland opposed Britain's withdrawal, with 62 percent of Scots voting to stay in the bloc.