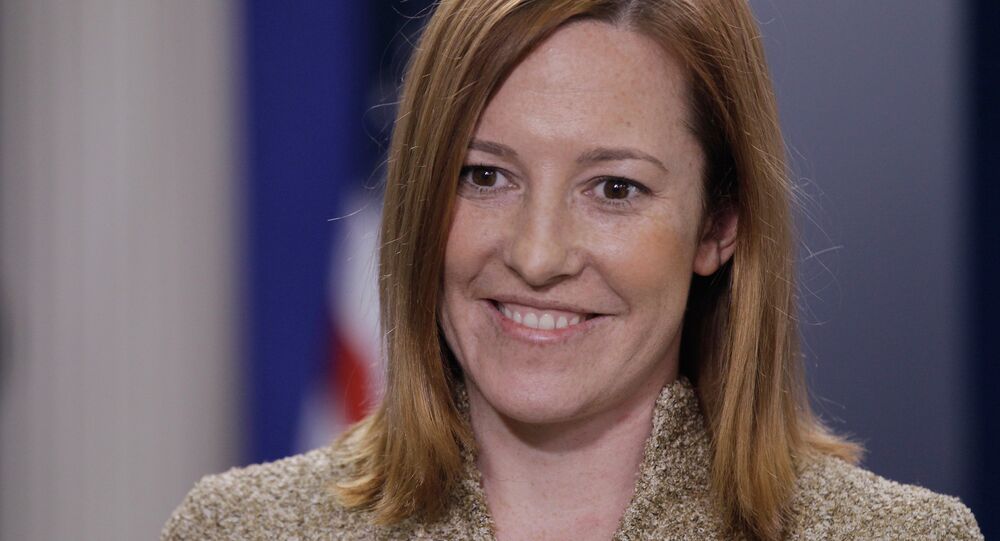 While some social media users joked about the alleged resemblance between the social media mogul and the Biden's press secretary, others were less forgiving.

Facebook CEO Mark Zuckerberg and US President Joe Biden's press secretary Jen Psaki have been thrust into the virtual limelight after a video was posted on TikTok showing the two personalities merging into each other.

While some netizens joked about how similar the two prominent figures apparently look, others have compared Zuckerberg's and Psaki's public appearances instead.

"Probably the same person since either (sic!) one has any knowledge of anything when asked questions," wrote one.

"Neither can put out a full statement," quipped another.

"Omg!! Spot on!! That explains all the lies that come out of their mouths”, exclaimed the third.

​Users didn't hold back, with some labelling Zuckerberg and Psaki “reptilian,” “evils from the same egg,” and even “Lucifer and his minions,” among other insults.

The duo's supposed resemblance caught the attention of Twitter users as well.

Have you ever seen them in the same room?

Has anyone seen Zuckerberg and Psaki in the same room together before. Asking for a friend. pic.twitter.com/ZYmqUHfN97

Is it just me, or is #psaki actually #Zuckerberg in drag. pic.twitter.com/1Y2PH4aIdf