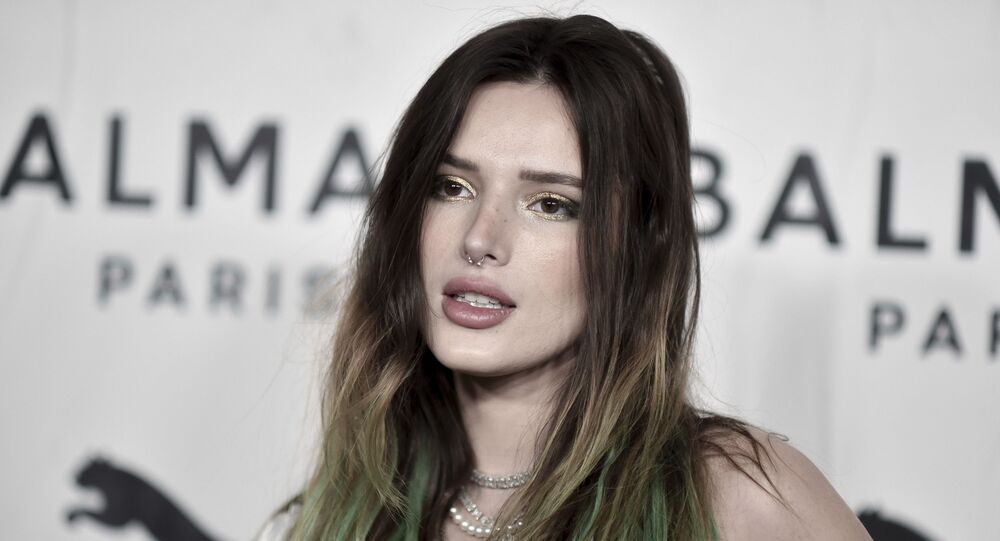 A group of amateur investors from the Reddit community set Wall Street on fire this week by bidding up the price of GameStop, a retail electronics store, eventually costing professional hedge fund managers, who had bet that the price of these securities would fall, billions of dollars.

Social media users have apparently found a link between Bella Thorne’s infamous OnlyFans appearance and the scandal around a coordinated 'short squeeze' of GameStop’s stocks by enthusiastic day traders who carried out the move as a part of their plan to fight back against hedge fund giants.

The campaign, which has profoundly raised the stock price of the gaming retailer and some other firms such as Nokia and Blackberry, that had gradually lost value over the past several years, has caused billion-dollar loses among Wall Street financiers.

The Robinhood trading app popular among amateur investors responded to the ploy by effectively blocking its clients from purchasing some of the hottest stocks that soared on Thursday to prevent institutional investors from losing even more. The move was booed in the Reddit community, with many social media users rushing to punish the app with one-star reviews on Google to bring its rating down.

So what does this all have to do with Disney-star-turned-porn-director Bella Thorne?

In a now viral tweet, one social media user @girlmode suggested that the situation around Robinhood’s decision to block its users from making even more money and to stop them from driving wealthy investors nuts “is like the guy version of when bella thorne ruined onlyfans.”

Thorne had joined the content-sharing platform popular among sex workers back in August, briefly crashing the site and immediately breaking a record by earning $1 million dollars just a day after her appearance on OnlyFans. But then things got worse: the scandalous diva was accused of scamming users for failing to provide the nude content she had promised, while still charging the most devoted fans $200.

Her actions caused outrage in the industry, with the public accusing the actress of undermining work of vulnerable sex-content creators. OnlyFans was eventually forced to set a 100-dollar cap on tips from fans following Thorne’s appearance on the platform and a $50 charge on pay-per-view posts.

Unsurprisingly, this has not made Thorne a popular person among the sex work community, even though she later apologised for her actions, saying that she was actually trying to remove the stigma associated with the sex business but eventually let her fellow platform users down.

Not everyone agreed with @girlmode, who invited over 200 hundred likes with her comparison of Thorne’s stint to GameStop scandal. Many suggested that the teenage star did exactly the opposite to what was intended by “scammers”.

bella thorne ruined things for an already underrepresented and taken advantage of group of women. redditors used the system corrupt people use to get rich

The avalanche of responses prompted the author of the tweet to clarify – she was actually very much “for” the redditors, wishing them “to make money” and “prosper,” as the scandal around the soaring stocks continues.