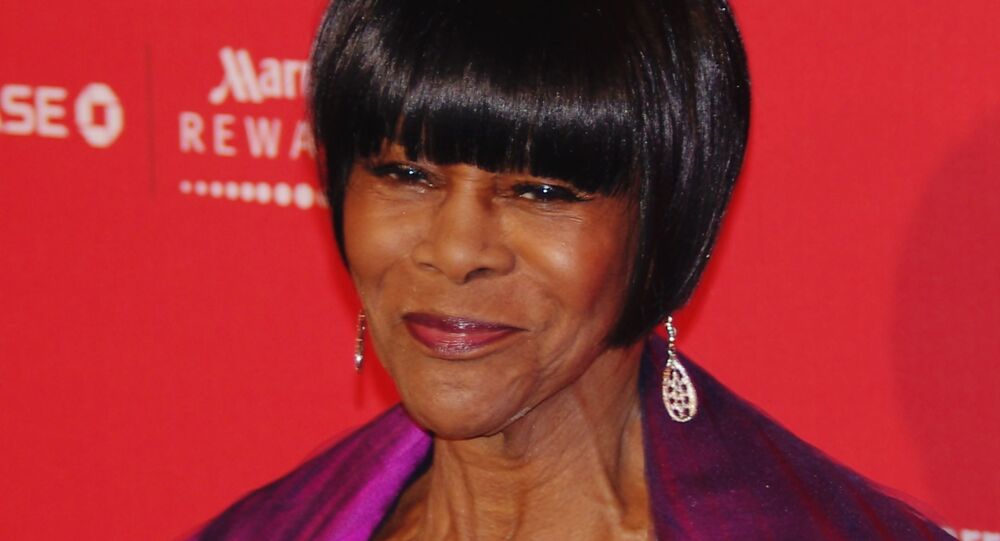 Earlier on Thursday, the manager for Cicely Tyson, a prominent Hollywood actress known for her work in films like "Sounder", "Hoodlum" and "The Help", announced that the she had passed away, without elaborating on the cause of death.

Netizens, including cinematography fans, celebrities and media figures, took to Twitter on Thursday to pay tribute to Cicely Tyson, who died at the age of 96.

Among those who mourned the death of one of Hollywood's prominent black actors were showrunner Shonda Rhimes, actress and singer Zendaya and rapper Common, who were joined by journalists, media figures and fans who appreciated Tyson's work.

She was an extraordinary person. And this is an extraordinary loss. She had so much to teach. And I still have so much to learn. I am grateful for every moment. Her power and grace will be with us forever. #cicelytyson https://t.co/RNYkGiooPD pic.twitter.com/b4wMKK1FVj

I’m so sad to hear the news that trailblazing artist and cultural icon Cicely Tyson has passed away today. While she may be gone, her work and life will continue to inspire millions for years to come. God Bless. pic.twitter.com/vfvdmIMQxh

This one hurts, today we honor and celebrate the life of one of the greatest to ever do it. Thank you Cicely Tyson. Rest in great power. pic.twitter.com/vwchWT5512

Cicely Tyson has passed. She led a pioneering career in film, a remarkable feat for an African American woman born 96 years ago. An Emmy and Tony award winning actress, her career on screen and on stage stretched an incredible seven decades. We will miss you dearly, Cicely. RIP.

All Hail... in the wake of your Power, Strength, Beauty, Grace AND SKILLS we bow down in gratitude. We forever will be lead by your light Queen Cicely #cicelytyson 😔🙌🏽 pic.twitter.com/diZGbnSEgE

​Particularly, colleagues who worked with Tyson in the "How to Get Away With Murder" TV show, including Oscar winner Viola Davis, Jack Falahee and Conrad Ricamora, weighed in to express their condolences.

I'm devastated. My heart is just broken. I loved you so much!! You were everything to me! You made me feel loved and seen and valued in a world where there is still a cloak of invisibility for us dark chocolate girls. You gave me permission to dream... https://t.co/7V7AFZtFLa pic.twitter.com/l2TLfM4weX

Tyson was married to iconic jazz trumpeter Miles Davis from 1981-1988, and the musician featured her image on his classic 'Sorcerer' album. ​

In 1973, Tyson was nominated for an Oscar for her portrayal of Rebecca Morgan in "Sounder", and she won a Tony award for her performance in "The Trip to Bountiful", apart from many other honors she secured, including Emmys, a Peabody Achievement Award and a Presidential Medal of Freedom presented to her by former US President Barack Obama.