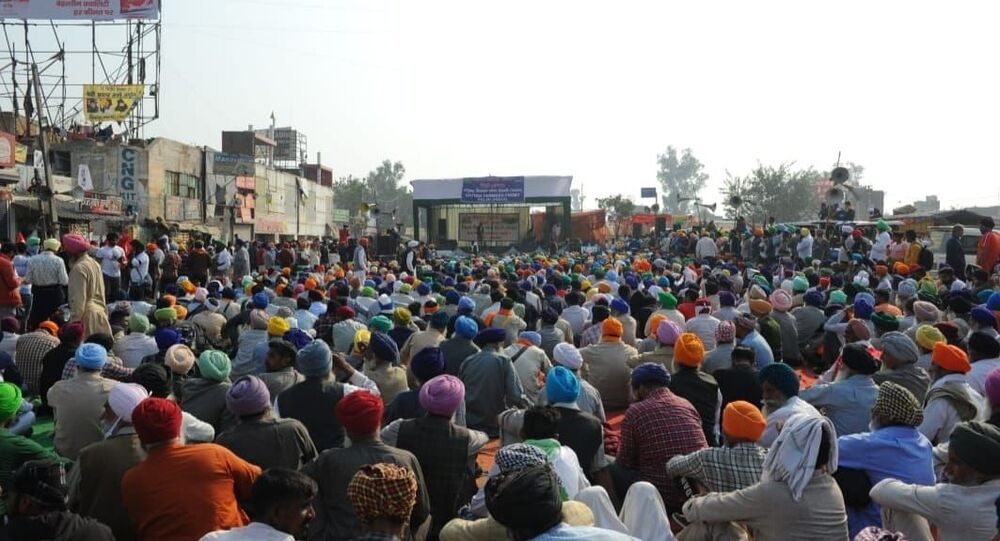 The awkward blunder must have occurred unintentionally, apparently because of a TV operator's failure to duly replace the news spiegel, but it was quick to cause quite a few smiles.

An Indian journalist, Ramesh Ramachandran, has caught the BBC making an on-air gaffe, as the broadcaster delivered the news about ongoing protests by Indian farmers under the spiegel "Italian government crisis" – a reference to the news about Italian Prime Minister Giuseppe Conte's intention to hand in his resignation.

"The #FarmersProtest caught the BBC off guard!", Ramesh Ramachandran, a senior consulting editor at @DDIndialive, exclaimed on Twitter, adding a screenshot of the recent news programme.

The #FarmersProtest caught the B.B.C off guard! pic.twitter.com/dEGRSggZpp

The awkward gaffe came as Indian police, who had barricaded New Delhi for celebrations marking the 72d Republic Day, proved unable to stop protesting farmers from entering the city.

Farmers were reported to be using megaphones to highlight their demands, as they have been rallying for the past few months against three new legislative initiatives that they fear will undermine their revenues by revoking the state-controlled supply-demand balance.

The legislation in question intends to give farmers the freedom to set prices for what they produce and trade directly with private businesses without the government's participation, namely that of the current middleman, the Agricultural Produce Market Committee.

In the other – European – part of the world, Italian Prime Minister Giuseppe Conte is set to step down in the wake of widespread criticism of his handling of the coronavirus pandemic, which is viewed as a cue of an approaching huge political shake-up.

Last week, Conte survived a vote of confidence in the lower house of the Italian parliament, the Chamber of Deputies, and subsequently won a Senate vote, but without an absolute majority, threatening to corner and stifle whatever government action comes along.

The country has, meanwhile, been battling severe fallout from the raging coronavirus pandemic, which has to date seen 85,000 Italians die from COVID-19 and its complications.

72nd Republic Day: Police in India to Use Iron Hand in Dealing With Terrorists