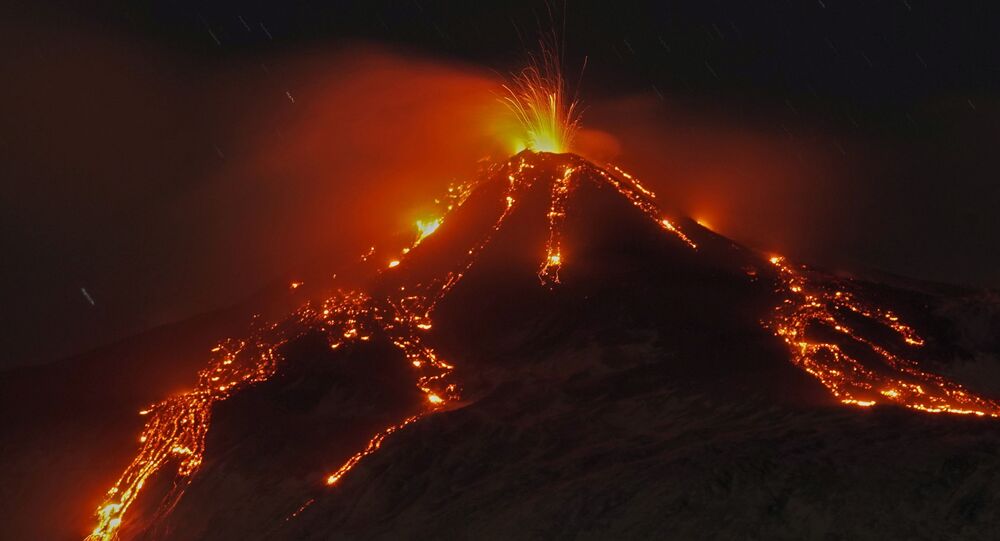 On 18 January, the Toulouse Volcanic Ash Advisory Centre reported explosive activity on Mt. Etna, with an ash plume rising up to around 4,000 metres and moving 15 kilometres south.

Volcanic activity on Mount Etna has stormed back to life, the Etnean Observatory of the INGV said Wednesday.

The observatory first detected intense activity on Etna on Monday evening, when lava flowed from the volcano's crater.

On Tuesday, Etna sent a bright stream of lava into the sky that can be clearly seen on a video posted to the internet. The phenomenon portrayed on the video is known as Strombolian activity and is characterised by explosive outbursts of lava driven by expanding gases.

Etna is one of three active volcanoes in Italy and is popular among hikers.

It is famous for occasionally coughing out smoke rings. This happens because air in the centre of Etna's crater moves faster than the air at the edge, causing the aerial circle to spin, thus allowing it to maintain its shape.

Etna has one of the longest record of eruptions. To date, it has erupted around 200 times and its activity has been increasing in recent decades, according to the NASA Earth Observatory.

In November 1928, there was a massive eruption on Etna that resulted in lava destroying the town of Mascali.