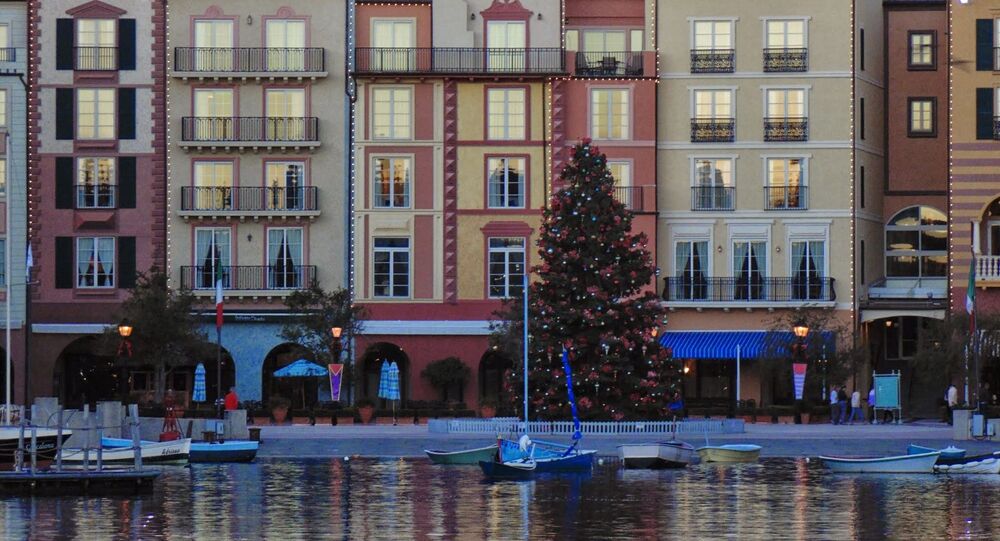 Republican Senator Josh Hawley earlier faced a major backlash over his decision to oppose the certification of the presidential election results, siding with President Donald Trump in his election fraud allegations.

Arizona State Representative Mark Finchem has landed in hot water after comparing the actions of the Loews Hotel Group, which recently cancelled a GOP fundraiser, to the policies of Nazi Germany leader Adolf Hitler and USSR head Joseph Stalin.

Lowe's has permanently lost my business. This is what Hitler and Stalin did, what's next camps? Ovens? Patriots, you might want to #cancelLoews reservations. pic.twitter.com/703Nvn9yTp

In a controversial tweet, Finchem, who led the state hearing on election fraud allegations, claimed the move by Loews Hotels is the first step in the suppression of free speech purportedly looming on the horizon and related to the incoming Biden-Harris administration. The Arizona official implied this over the hotel chain's decision to cancel a fundraising event at the Portofino Bay Hotel for Senator Josh Hawley (R-Mo.), who was among the few Republicans opposing the certification of the presidential election results.

Loews directly linked its move to Hawley's political stance on the election, accusing him of supporting and inciting the Capitol riots on 6 January. The chain was not the first business to cut ties to the GOP politician, with Simon & Schuster refusing to publish Hawley's book.

Even though not everyone approved of Loews Hotels' actions, few people agreed with Mark Finchem's comparison of the hotel chain with Hitler and Stalin.

Why is "Hitler and Stalin" a trending topic on Twitter?

Oh, a hotel chain canceled a fundraising event. Got it. That makes perfect sense because Hitler started with canceling party reservations before later escalating to the death camps.

Yes, Hitler and Stalin told hotels to cancel fundraisers. Trotsky was so bummed out.

Wait, no, Hitler and Stalin had their enemies shot and stabbed in the head with an ice pick. You were close, though.https://t.co/zxHz9vkrez

Many netizens suggested the Arizona representative should probably spend more time studying the history of the Second World War or even meet the surviving witnesses of those events, before making such bombshell allegations. They stressed that the hotel chain's refusal to hold a fundraiser for a politician is a far cry from the deaths of millions of people.

Mark Finchem should talk to my 95-year-old grandmother, so she can tell him what Nazi Concentration Camps were really like.

Maybe she can describe how her entire family got gassed & turned to ash in the "ovens."

Spoiler Alert: It wasn't this 👇 you fascist. pic.twitter.com/U5MqOXIe1i

I'm watching a documentary about World War II, and they totally skip over the part where Hitler and Stalin cancelled political fundraising party rentals.

Unless the Holocaust was more about cancelled hotel rooms and less about genocide and I somehow missed that part. https://t.co/BYwc7ch4ot

Some Twitterians pointed out that Republicans themselves have repeatedly stood for businesses being able to deny services to anyone at their will, but apparently were greatly insulted when this "anyone" turned out to be the GOP.

MAGA when a gay couple is refused the services of a business: "It's the business' right to do that. The gays should go to another vendor".

MAGA when they're refused the service of a business: "Breach of my rights! It's like the things Hitler and Stalin did!!!"

Hey Moron,
Lowe's is actually practicing all the laws you and the GOP insisted upon--the ones where individuals can refuse service or companies can have the same rights as individuals.
Hitler and Stalin were govt leaders as was Trump when he threatened the same thing. https://t.co/2SybqRGvLF pic.twitter.com/l8Blzpz4vB

Several people took offence with Finchem putting Hitler, who triggered the Second World War and initiated the Holocaust, in the same boat with the Soviet leader.

Hitler and Stalin are trending. One was a genocidal fascist who believed in a white “master race”, revered US atrocities ag indigenous ppl, and US apartheid while the other backed Black American workers fighting white supremacist capitalism in Jim Crow South..yea,totes the same🤦🏾‍♀️