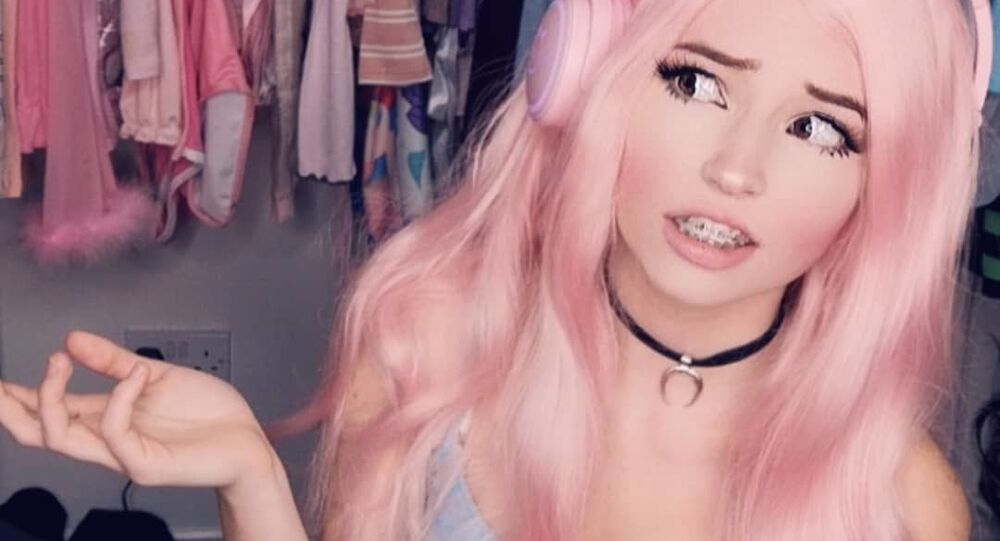 In one of her previous remarks on Twitter, Delphine compared claims about her enjoying “consensual non-consent” and “promoting rape” to “the argument that violence in video games promotes violence."

Social media personality Belle Delphine, who made headlines in 2019 for selling her bath water, has addressed criticism she recently received on Twitter over some raunchy pictures.

The images in question, which some netizens argue cross the line, show Delphine being kidnapped by her alleged boyfriend and whisked away to the forest where the couple have sex. The mini-photoshoot was captioned "My perfect first date <3."

In response to the backlash, she tweeted a short video titled "Twigger warnwing :3" showing a man wearing a balaklava grabbing her by the hair from behind and brushing her teeth.

Many netizens support Delphine's move, with some lambasting “cancel culture."

And that's the best part, observe as cancel culture has an aneurysm

Lol at everyone crying over consenting adults engaging in legal consensual play.

i love how she is rubbing it in everyones face that she doesnt care, queen❤️

"I think saying because I enjoy consensual non-consent is promoting rape, is the same as the argument that violence in video games promotes violence, I made it very clear in the caption of my photo, and anything written about it that I was enjoying it and that is was consensual, I never said the word rape, or anything against my will", she argued. "This is what other people have put onto it."