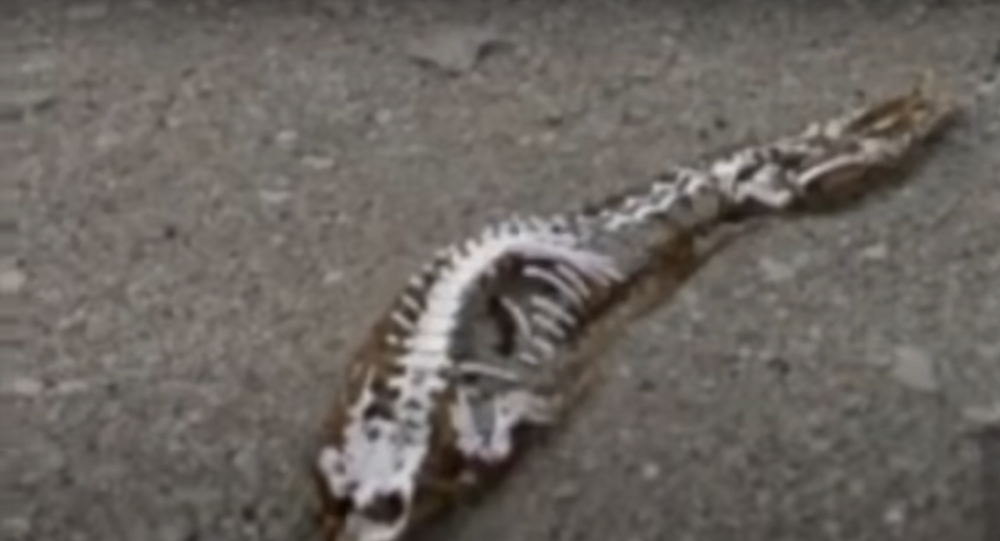 Even though some social media users suggested that the remains may be those of a seal or a sea lion, the YouTuber who posted the video said such animals don't feed so far inland.

The frozen continent of Antarctica has recently attracted the attention of social media after a YouTuber received a tip off about some strange skeletal remains spotted there.

Presenting this discovery to his followers, the host of the YouTube channel "MrMBB333" claimed that the remains were located about 88 km inland, far away from Antarctica's coast, with the estimated size of the creature's carcass somewhere between 3.5 and 6 metres.

"It’s intact. I don’t know if [it's] recently thawed [or if it's] been frozen for thousands of years or if this is something new," the YouTuber remarked. "If it is something new, how did it get here?"

While many netizens who commented on the video argued that the remains look like those of a seal, or possibly a sea lion, MrMBB333 said that the skeleton was located far away from the coast where such creatures usually feed.

One netizen, however, noted that "when ice melts it moves things," apparently suggesting that that's how the skeleton might've ended up inland.

"I don't know exactly what that is, I'm going to leave it entirely up to you guys to decide," MrMBB333 added, providing the coordinates of the remains in the video's description.