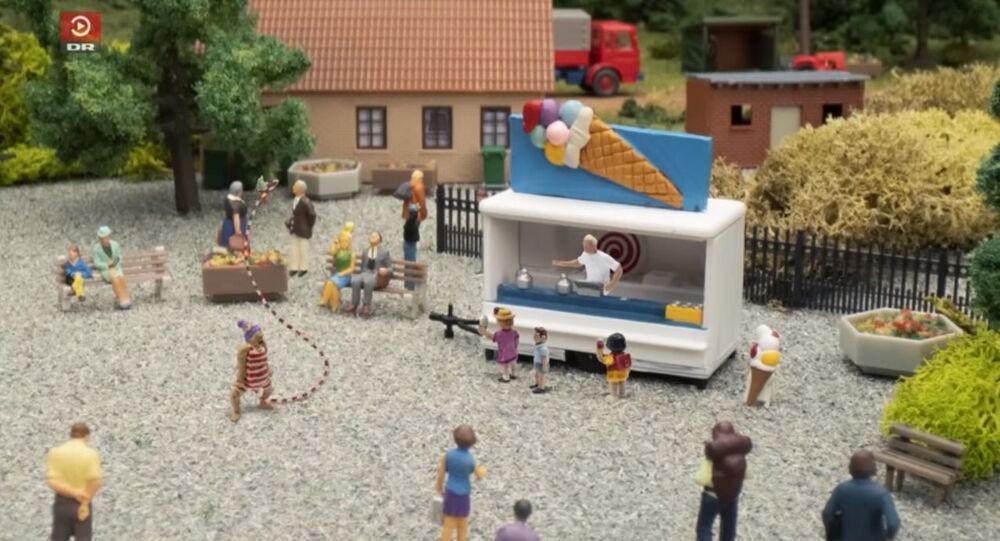 It is not the first time Danish TV has come under close scrutiny – previously an award-winning programme “Ultra Strips Down” that featured adults undressing in front of 11-13 year-old participants was heavily targeted by critics despite its “body positivity” message.

A new children’s programme about a man with “the longest penis in the world” launched by major Danish broadcaster DR last week has risen many eyebrows in the last couple of days.

Psychologists and general viewers have been debating whether the animated film about John Dillermand (literally “penis-man” as derived from Danish slang) is something appropriate for children to watch.

Look up John Dillermand on YouTube. You can thank me later pic.twitter.com/M6vKG6V6ZT

​Dillermand, depicted as a middle-aged whiskered man living under a visible oppression from his granny, is shown both struggling and making the best out of his colourfully-dressed appendage– for example, when walking the dogs with it, or trying to steal ice-cream from children at the zoo.

According to Christian Groes, an associate professor from Roskilde University, the message behind the programme was outrageous, as the animation was allegedly acting as a normaliser of patriarchal society where a lot of “bad behaviour from men” is excused.

“It’s meant to be funny – so it’s seen as harmless. But it’s not. And we’re teaching this to our kids,” he told The Guardian.

Some social media users argued that they were simply “horrified” to watch the adventures of the man and his extraordinary organ that had its own understanding of what is best for its owner. But others have found some crazy joy in the spectacle.

At first, I was utterly horrified by John Dillermand, a Danish kids show about a man with an enormous, prehensile penis with a mind of its own. Then I was... no, still mostly horrified. https://t.co/xphhns8rRe

I think John Dillermand might be my new favorite show

But clinical psychologist Erla Heinesen Højsted pointed out that the show could be good for kids who “find genitals funny”.

“John Dillermand talks to children and shares their way of thinking,” she explains.

“The show depicts a man who is impulsive and not always in control, who makes mistakes – like kids do, but crucially, Dillermand always makes it right. He takes responsibility for his actions,” the psychologist is quoted as saying.

The broadcaster already sparked a huge debate in the country’s highest echelons last year after its DR Ultra channel launched an “educational” programme “Ultra Strips Down” where adults were seen posing naked in front of an audience of children aged between 11 and 13. To many, the show emerged as a propagator of body positivity by exemplifying different type of physical dimensions humans have. To others, it was beyond inappropriate and disgusting - so DR is not a stranger to taking things to the extreme.