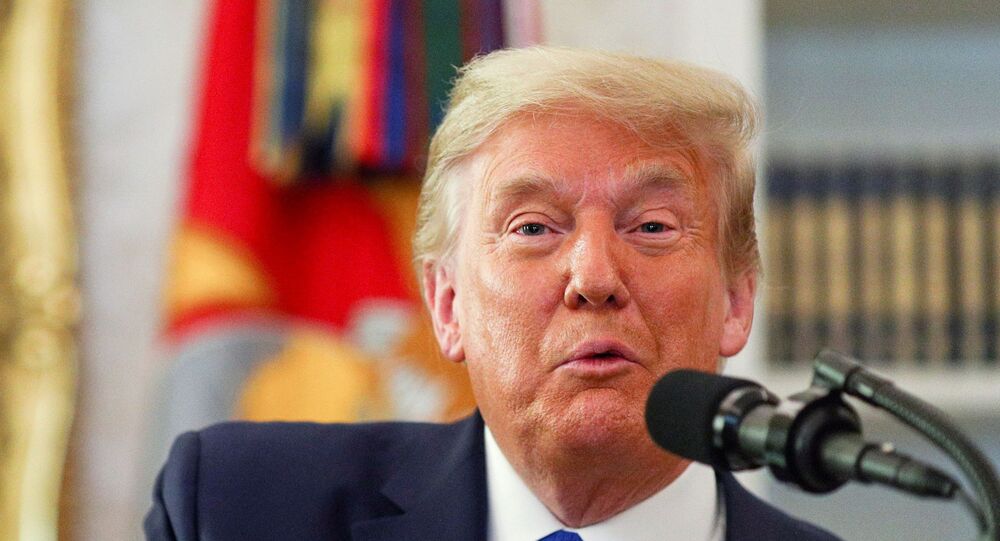 Big in China: Trump Tops the 'Most Searched' List on Weibo in 2020, Media Says

Last year, individuals who trended on Weibo reportedly came in three categories - "epidemiologists, celebrities and Donald Trump" – with the POTUS at the very top.

US President Donald Trump became a hot topic on Chinese social media in 2020 more often that any other person, Newsweek reports.

According to the magazine, data compiled by Shanghai news site The Paper shows that Trump trended some 589 times on Chinese social media platform Weibo betweet 1 January and 24 December last year, becoming "the only non-Chinese person and the only politician to appear on the list of 20 most-searched individuals in 2020".

While Trump trended "nearly 60 percent more often" than actor Wang Yibo, the person who ranked second on that list, the man who became the third-most searched person on Weibo in 2020 turned out to be Doctor Zhong Nanshan, "the veteran pneumologist” who discovered the SARS coronavirus in 2003, and who was "awarded China's Medal of the Republic in September 2020 for helping to guide the country through the COVID-19 pandemic".

As the report notes, there were only three categories of "trending individuals on Weibo" in 2020: "epidemiologists, celebrities and Donald Trump".

The magazine, however, noted that they weren't able to independently confirm whether the figures featured in the report were "a true representation of all user searches and whether any search results were hidden or removed", due to "Chinese censorship of social media websites such as Weibo and WeChat".