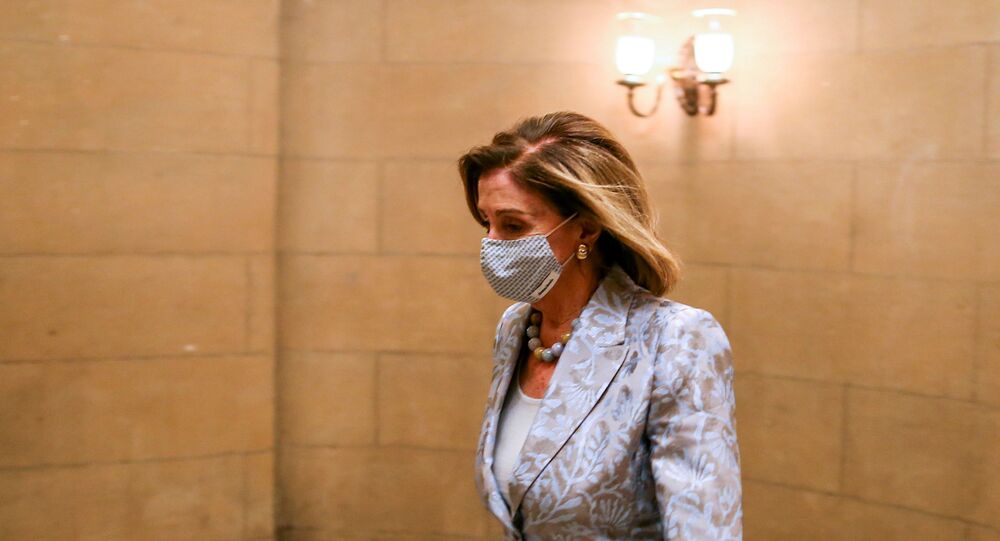 The US House of Representatives has adopted new rules that effectively ban the use of gender specific terms in "official" House language, such as "man"; "woman"; "father"; and "mother." The Democrat-proposed regulations were introduced in a bid to create an atmosphere of "inclusion and diversity."

Former White House press secretary Sean Spicer has ridiculed US House speaker Nancy Pelosi for "violating" the new House rules, which prohibit the use of the gendered language, in her Twitter biography.

In an Instagram post, Spicer attached a screenshot of Pelosi's bio where she referred to herself as a "mother and grandmother."

Although not a violation per se, as the new regulations only apply to House documents, Pelosi's "gendered" self-description has been mocked online.

"Democrat Party Motto: 'Do as I say, not as I do!'" commented one user, whose sentiment was shared by another: "What a joke and of course the rules do not apply to ol’ Nancy."

"So we can start calling her "it" now??" wondered another netizen, while someone else highlighted that she forgot to put “birthing person” in her bio.

Nancy Pelosi, who was recently re-elected as House speaker, announced the new rules on Friday. The regulations oblige House lawmakers to use gender neutral words and phrases in documents.

The new rules have sparked both outrage and ridicule – and seem to have already backfired after representative Emanuel Cleaver finished the opening prayer in Congress by saying "amen and awoman," despite the fact that the word "amen" comes from Biblical Hebrew and means "truly" or "so be it" and doesn't have any gendered connotations.