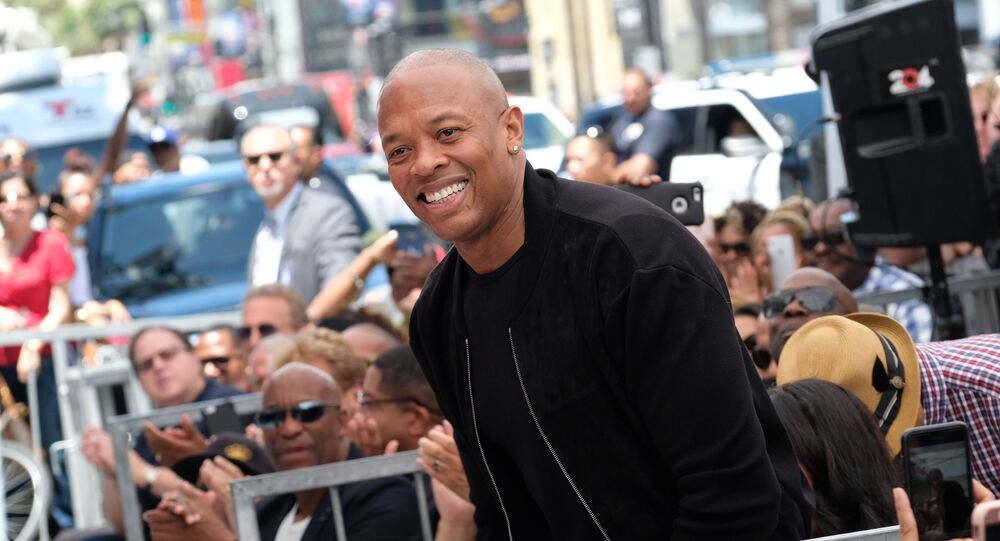 Rapper and producer Dr. Dre was hospitalised in Los Angeles after reportedly suffering a brain aneurysm, triggering a tsunami of reactions on social media from friends, colleagues, and fans, who wished him a speedy recovery.

Dr. Dre has said in an Instagram post that he's "doing great and getting excellent care from my medical team" shortly after reports emerged that he'd been hospitalised after suffering a brain aneurysm.

The legendary rapper has assured his fans that he'll be out of the hospital soon, without going into detail as to why he'd been admitted there in the first place.

According to TMZ, the music mogul, whose real name is Andre Young, had been rushed to the intensive care unit (ICU) at Cedars-Sinai Medical Center after suffering a brain aneurysm on Monday. The report suggested that the rapper was in stable condition, and his life was not in danger.

Dre's sudden hospitalisation triggered an outpour of concern and wishes of a swift recovery on social media, as colleagues, friends, and fans sent their "love and prayers" to the legendary rapper and producer.

Dre is widely viewed as one of the biggest names in hip-hop: he co-founded gangsta rap group N.W.A. in the late 1980s; he also helped launch the careers of such artists as Snoop Dogg, Eminem, and 50 Cent, among others. When ranking Dre number 56 in their list of the"100 Greatest Artists of All Time, Rolling Stone wrote: "Do hip-hop producers hold Dr. Dre in high esteem? It's like asking a Christian if he believes Christ died for his sins."