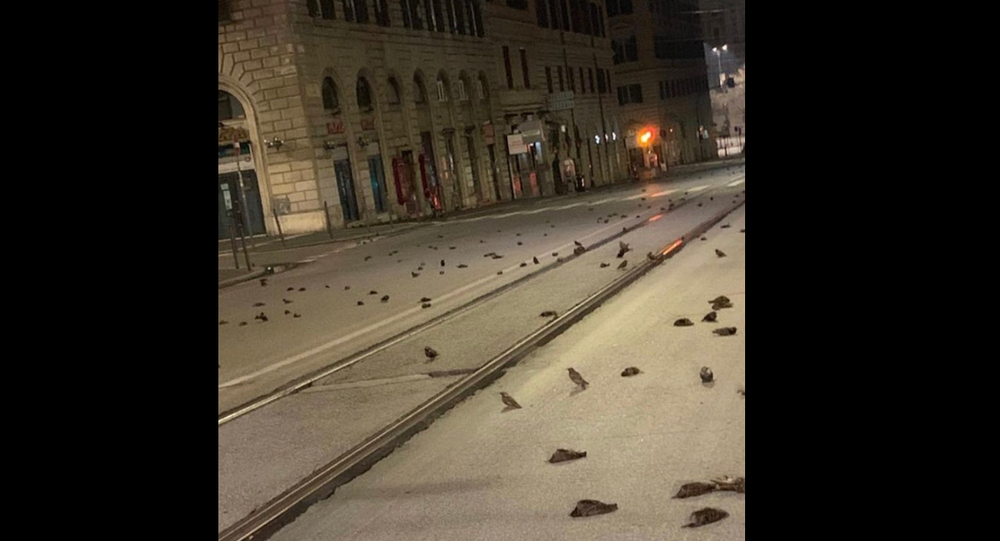 The year 2020 may have passed, but it managed to hit people with bad news and grim omens until the very end, even "bestowing" the Italian capital with a "rain" of dead birds.

Hundreds of dead birds fell from the sky like some sort of apocalyptic rain, terrifying Roman citizens on New Year's Eve, Italian media reported. According to the Roma Today news portal, users posted many fake photos on social media, but multiple birds - mainly starlings - were indeed found dead in several parts of the city, including at Termini Station, Via Nazionale, and Via dei Fori Imperiali.

According to LIPU (Italian League for Bird Protection), the ominous event may have been caused by the loud fireworks that frightened the birds.

According to researchers, starlings, which are social birds, might have formed a large flock to spend the night on a tree. ​When they heard the fireworks exploding, the feathered creatures may have taken off in a panic, bumping into each other, trees, and wires, resulting in the horrific deaths.