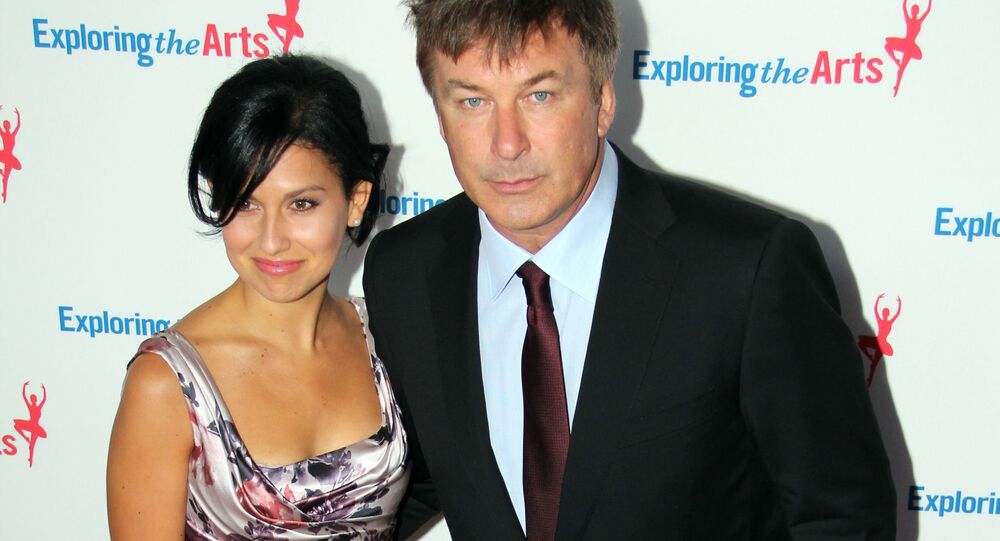 Hilaria, wife of Hollywood actor Alec Baldwin, recently found herself at the heart of a media storm after the truth was revealed about her 'fake Spanish roots', with netizens mocking the Boston-born yoga instructor and sharing videos of her speaking in a Spanish accent.

Hilaria Baldwin, the spouse of Hollywood actor Alec Baldwin, has tackled the scandal that erupted after the entrepreneur found herself under fire for a “decade-long grift where she impersonates a Spanish person".

Baldwin told the New York Times in an interview she had finally sought to “clarify for people who have been confused, in some ways, by people misrepresenting me".

Hilaria, whose stated American name turned out to be Hillary, explained that she had been motivated by the idea of preserving “boundaries”.

“It is not that I am doing something wrong, and I think there is a difference between hiding and creating a boundary,” she told the paper.

“The things I have shared about myself are very clear: I was born in Boston; I spent time in Boston and in Spain; my family now lives in Spain; I moved to New York when I was 19 years old and I have lived here ever since. For me, I feel like I have spent 10 years sharing that story over and over again. And now it seems like it’s not enough,” Hilaria said.

She added that she revealed her Boston heritage to her husband when they met in 2011. As for the drama around her name, she said:

“There is a reason this conversation is happening right now. These are important conversations to have. But as people are able to come out as different parts of themselves and how they identify and have people listen, I think that’s extremely important.”

Podcast creator Hilaria Baldwin, known for her "Today Show" and "Good Morning America" appearances, during which she spoke with a heavy Spanish accent, was recently uncovered by social media users to have been born in Boston, and not Mallorca as was earlier claimed on her CAA and IMDb pages.

On 21 December a woman who uses the Twitter handle @Lenibriscoe posted a comment remarking that she “admired” Hilaria Baldwin’s commitment to her “decade-long grift where she impersonates a Spanish person".

​The post was followed up by a spate of accent inconsistencies in diverse clips showing the decidedly non-Spanish, seemingly American upbringing of the woman.

Here she is pretending not to know how to say cucumber in English 😭 pic.twitter.com/g8xYNktsNY

​After the tweets went viral, the media zeroed in on the story. In response, the Boston native launched into a rambling video post on her Instagram page dealing with the controversy.

Baldwin explained she had been balancing her life between Massachusetts and Spain before opting to live in the US.

Both her husband, Alec Baldwin, and her stepdaughter Ireland Baldwin rushed to defend the Wellness expert.