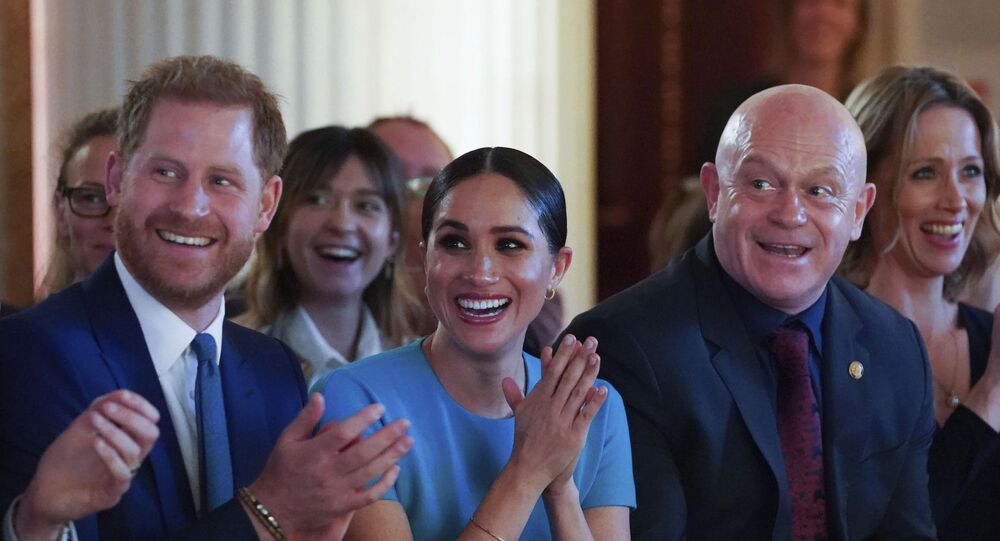 The Sussexes earlier announced that they have signed several lucrative deals with content-hosting giants Netflix and Spotify, reportedly triggering fears from the royal household about what family secrets the LA-runaways will now unleash.

But not everyone has been impressed with the "love always wins" bid. To some, the “Archewell Audio” appeared too cheesy, dull or even hypocritical, with users claiming that they were ready to puke after hearing the Sussexes’ voices.

“Someone please pass the sick bucket”, one person wrote on sharing the news that followed the podcast’s release.

Someone please pass the sick bucket .....

Just heard a clip from Meghan and Harry's podcast. I was just sick a little bit in my mouth

Yawn. They need to vanish. Thought this was why they left UK - seem to be missing the attention but wanting it on their own terms.

Although many praised Archie’s part in his parents’ business deal, which is rumoured to be worth around £30 million, others were outraged by the fact that Meghan and Prince Harry were “monetising” their child, despite moving to the US with a goal of finding a more “private” life.

“I thought they didn't want Archie to be exploited?” one user wrote.

oh great, are we now going to "monetize" the child, too. Fantastic.
I really respect how protective the Cambridges are with their children... especially when they were very young.

That poor child has been played so badly, not fair on Archie either 😂

I thought they didn't want Archie to be exploited?

But a lot of users still welcomed the couple's new brainchild, which they found promising and entertaining. The news of the deal with Spotify was announced after the couple had secured another lucrative contract with Netflix to produce children’s shows, documentaries and movies together. The cost of the deal was not immediately revealed and it’s unlikely that it will be any time soon. However, it was suggested that the couple would be between $100 million and $150 million better off as a result of it.

Meghan and Harry announced in January their decision to step down from senior royal duties and start living a “financially independent” life between the UK and North America. They soon moved to Meghan’s native Los Angeles via Canada and have remained there ever since, reportedly sparking concerns among the Royal Family with their lucrative money deals about what “secrets” their dash for cash could unveil.