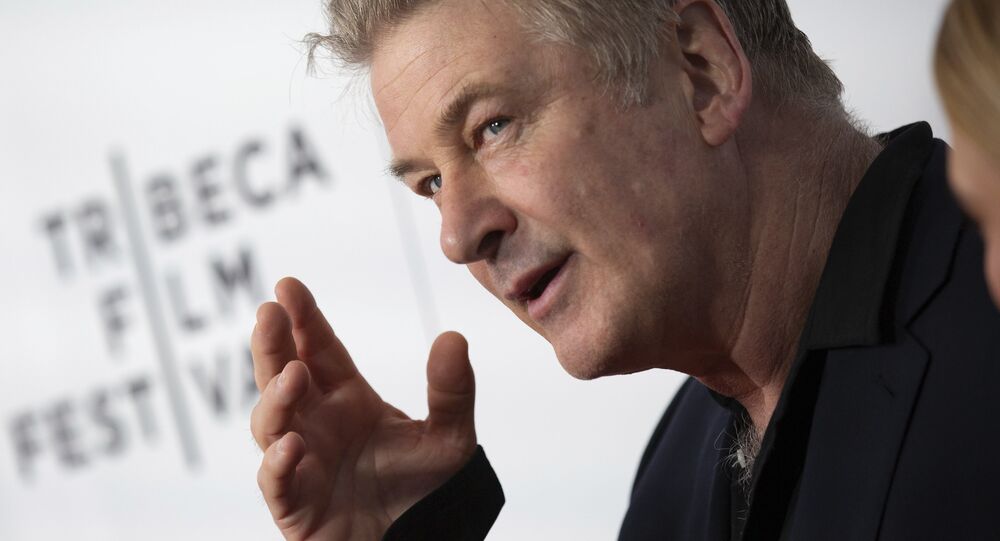 Boston-born yoga instructor and wife of Hollywood actor Alec Baldwin, Hilaria, has been having a difficult time for of late, warding off accusations of faking a Spanish accent and heritage for years. As the truth about her American childhood has come to light, her family rushed to her defence.

American actor Alec Baldwin has continued to fend off criticism targeting his 36-year-old wife Hilaria Baldwin, who has been accused of previously lying about her Spanish roots and place of birth.

Hilaria, whose stated American name turned out to be Hillary, is remembered by many for her "Today Show" and "Good Morning America" appearances, during which she spoke with a heavy Spanish accent. No one doubted her roots and her "came to America at 19" story, until it was recently uncovered by social media users that not only were neither of her parents Spanish, but that the yoga instructor and podcast creator was born in Boston and not Mallorca as was earlier claimed on her CAA and IMDb pages.

The Boston-native posted a lengthy video on her Instagram page addressing the controversy, explaining that she had been balancing her life between Massachusetts and Spain before choosing to reside in the United States. Both her husband and stepdaughter Ireland Baldwin rushed to Hilaria's defence with social media blitzes, but some critics seemed to get on Alec Baldwin's nerves.

The "Marrying Man" actor posted Mark Twain's quote on his Instagram account on Tuesday, saying "a lie can travel half way around the world while the truth is putting on its shoes".

His post was accompanied by revelations that neither of her parents were actually Spanish and neither was she. Baldwin, however, insisted that Hilaria loved the foreign country to the point that she had "reinvented herself as a Spanish woman".

"She wanted to reinvent herself - so what ? Isn't America all about that?", the actor asked his nearly two million followers, adding that there were many "ways to defend this - saying that facts are not facts is not one".

And one social media user, who described himself as a "national champion powerlifter" in his bio, was ready to respond to the Hollywood star:

"Like your wife being Spanish when she lived in Massachusetts her entire life. I take it her accent is fake as well? FRAUDS", the man said commented on the post.

Baldwin immediately attacked the critic with a "Go f**k yourself" message. He then added another jab, saying "You got a big mouth Roid Boy".

But according to the actor's Instagram feed, it looks like very few people were actually on his side.

"You guys keep giving the story life by being defensive. Admit the mistakes and move on", one user commented.

"Fine to embrace Spanish culture just not ok to pretend you're Spanish when you're not. It's really not that complicated. People are tired of lies", another person added.

Alec Baldwin later shared another post on his Instagram, featuring a clip of soaring flock of birds.

"Flying away for a bit…", the actor cryptically announced.

Users genuinely wondered if this meant he was heading to Spain.

While the "fake Spanish heritage" scandal continues to circulate in the news, the actor's 23-year-old daughter Ireland Baldwin also had her time with critics.

Her message in her stepmother's defence sending support to "any individual of the Latinx community" has drawn some questions from social media users who were happy to educate the the younger Baldwin on the issue, pointing out that the term refers to people with heritage from Latin America and not Spain, as was claimed by Hilaria.

Wellness expert and author Hilaria Hayward-Thomas married Alec Baldwin in 2012 and the two have five children together. During an April podcast she once again confirmed a widespread belief that she was a Spanish native, claiming that she had moved to the US at the age of 19 to study at NYU and maintaining that her whole family lived in Mallorca, Spain.