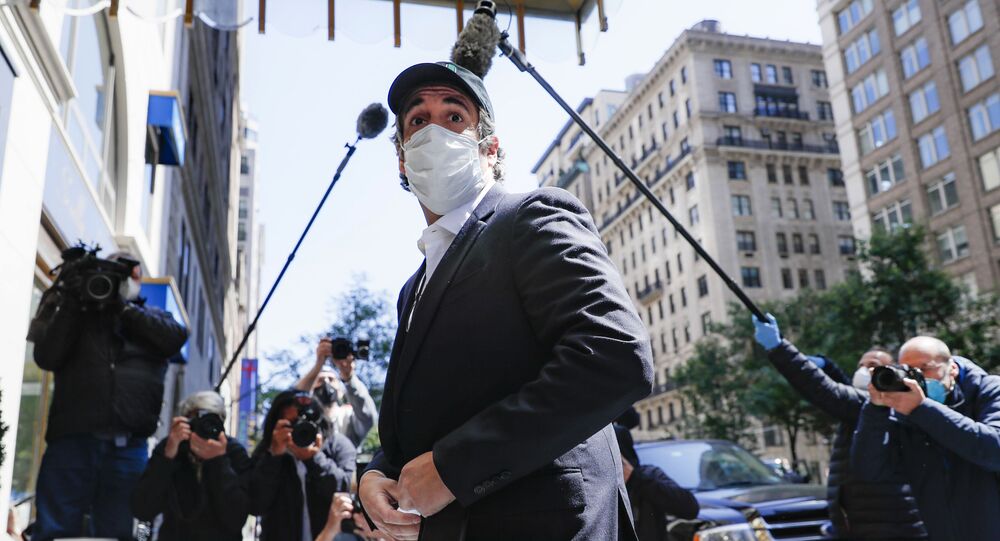 Cohen, who pleaded guilty to charges of fraud, tax evasion, campaign finance violations and lying to Congress in 2018, was released from prison this May and placed under house arrest, with his confinement expected to expire late next year.

Disgraced Trump lawyer-turned-critic Michael Cohen is trending online after bringing up his prison buddies ‘Tony Meatballs’ and ‘Big Minty’ in an interview where he discussed his plans to fight for inmates’ rights.

“Now I did the mandamus because I made a promise to guys back at Otisville, like my buddies Tony Meatballs and Big Minty, that I wasn’t going to stop once I got out, once I was put back on home confinement,” Cohen said, referring to a lawsuit he filed last week claiming that he had ‘earned’ the right of early release to house arrest under Trump’s First Step Act criminal justice reform law of 2018.

Cohen: ...I made a promise to guys back at Otisville and others like my buddies Tony Meatballs and Big Minty pic.twitter.com/X5WCx5iIks

According to Cohen, the writ could make up to 153,000 current inmates in US penitentiaries eligible for early release or house arrest. Cohen went on to attack Trump over his alleged lack of genuine concern on prison reform, and to complain about the president’s recent slew of pardons, which he said could cause legal problems for Trump down the line.

Online, however, it was his shout out to ‘Tony Meatballs’ and ‘Big Minty’ that got people’s attention, with users offering no shortage of hilarious one-liners.

“Spare a thought this holiday season for Tony Meatballs and Big Minty,” one user quipped. “I loved that episode of the Sopranos,” another jested. “Oh to be a fly on the wall of the cell holding Tony Meatballs, Big Minty, and Michael Cohen,” a third joked.

Honestly, would YOU break a promise to guys like Tony Meatballs and Big Minty?

Others focused on the MSNBC host’s reaction to Cohen mentioning the inmates’ names.

The online discussion soon degenerated into partisan politics, with critics suggesting Cohen’s remarks showed him to be a “high-functioning moron,” or attacking him for publicly disclosing the other men’s names. “Maybe these are the next pardons,” one joker suggested.

maybe these are the next pardons
"Tony Meatballs and Big Minty"

A few creative users asked Hollywood to make a feature film about Cohen, Tony Meatballs and Big Minty. “Buddy comedy? Reverse heist? I leave the details to you,” one user wrote. Others suggested that someone must surely already be feverishly working on a script.

Others simply lamented the state of political discourse in America.

Michael Cohen gives Shout Out to his prison buddies. News isn't what it use to be... 😂😂https://t.co/IZoj3ZPKDc

Tony Meatballs will see you now for your in-person apology.

Cohen was one of multiple Trump associates to be charged during special counsel Robert Mueller’s Russiagate investigation, which found no evidence of a conspiracy between the Trump campaign and the Kremlin, but did uncover a host of other illegal activity. In November 2018, Cohen pleaded guilty to lying to the Senate Intelligence Committee in 2017, and a month later, sentenced to three years in a federal prison and ordered to pay a $50,000 fine. After the conviction, he was imprisoned at the federal prison outside Otisville, New York in May 2019. Before his conviction, Cohen acted as a legal ‘fixer’ for Trump, getting him out of legal problems, including by orchestrating payments to two women to keep them from speaking publicly about alleged affairs with the business mogul-turned-president.

The lawyer became a fierce critic of the president after his conviction, prompting Trump to attack him repeatedly as a “rat,” and a “serial liar”.