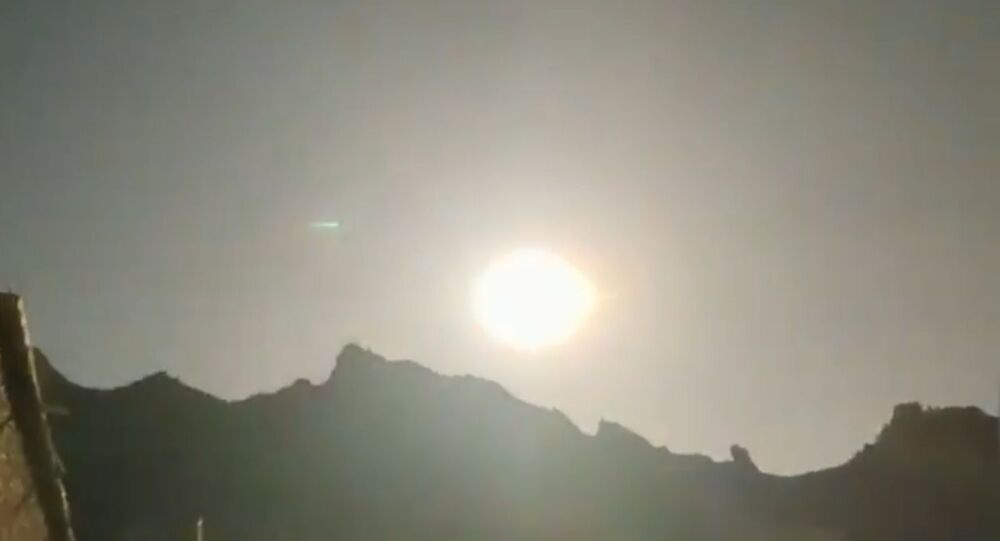 Unidentified fireballs are not very rare these days. Thousands of meteors enter the Earth's atmosphere every day, bursting into pieces and drawing people’s attention all over the world. Sometimes, however, the size of such fireballs is enormous, and even scientists have a hard time explaining the origin of the phenomena.

An unidentified flying object crashed in China’s Nanqiang County in the province of Qinghai on Wednesday, Chinese media reported. According to the reports, there were no casualties or damages caused by the incident, but it was accompanied by loud bangs that were heard by many residents.

​The fireball was caught on camera by locals and the video has gone viral on social media.

The footage shows the sky being lit up by an extremely bright light as the fireball flies above Qinghai province for about 20 seconds.

Chinese media suggested that the ball could have been a bolide, a bright meteor that usually explodes when it enters the atmosphere.

According to the China Earthquake Networks Centre, the impact of the fireball was recorded near the border of Nanqiang and Yushu counties, where the object reportedly crashed.

NASA’s Centre for Near-Earth Object Studies (CNEOS) has estimated that the approximate total optical radiated energy was equivalent to the energy released by the explosion of 9.5 kilotons of trinitrotoluene, making it the largest fireball event in China since 1988.

The largest recorded fireball incident in the world was Russia's Chelyabinsk meteorite, which illuminated the sky above the Russian city on 15 February 2013, with the total optical radiated energy equivalent to the energy released by the explosion of 440 kilotons of trinitrotoluene.