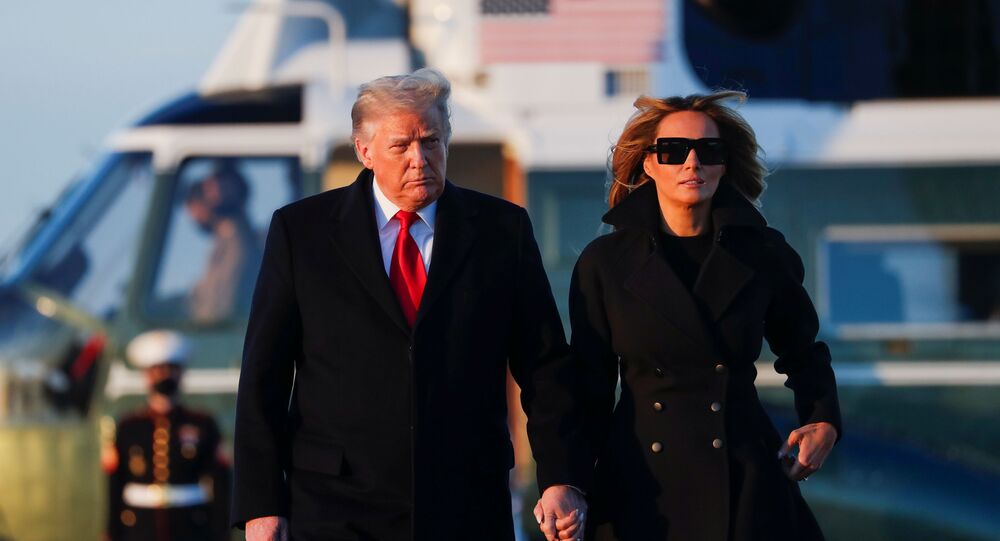 In mid-March, President Donald Trump accused "fake news" journalists of doctoring photos of his wife and spreading the First Lady-related conspiracy theories "that it's actually not her by my side in Alabama and other places".

Rumours about Melania Trump using a body double have resurfaced on social media in the wake of the First Lady joining her husband on Wednesday to head to their resort Mar-a-Lago for Christmas.

A spate of Twitter users rushed to discuss Melania's appearance, posting videos or photos of Melania and her husband leaving the White House to board Air Force One.

"I think this is the fake Melania. Her walk is sloppy, she is smiling, and way too chummy with hubby", one user claimed.

I totally agree. She held his hand, smiled and waved, and the nose is a give away. #fakemelania again

Referring to the current footage, another netizen tweeted that the First Lady "held his [Trump's] hand, smiled and waved, and the nose is a giveaway", in a clear nod to previous occasions, when the First Lady was seen apparently avoiding the president's hand while the couple walked to and from planes.

Because that doesn't look like Melania. She's somewhere else with Barron. Melania never holds his hand, talks to him, let alone smiles when she's with him. #fakeMelania pic.twitter.com/lPbFxZFqE1

No way that is real Melania
No freaking way. She never ever looks this happy.#FakeMelania

The #FakeMelania hashtag went viral on Twitter for the second time in the past few months, with a number of netizens discussing the First Lady impostor conspiracy theories in October.

© AP Photo / Carolyn Kaster
Bet She'd Love It: Melania Trump is 'Looking Forward' to Dress WH For Christmas After Flagrant Rant
At the time, they focused on a photo of Melania showing her smiling while boarding Marine One, something that prompted users to assert it was an impostor rather that the First Lady.

Similar unsubstantiated rumours have circulated before. In mid-October 2019, President Trump went on Twitter to point the finger at the "Fake News" who "photoshopped pictures of Melania" and then "propelled conspiracy theories that it's actually not her by my side in Alabama and other places".

"They are only getting more deranged with time", POTUS added.