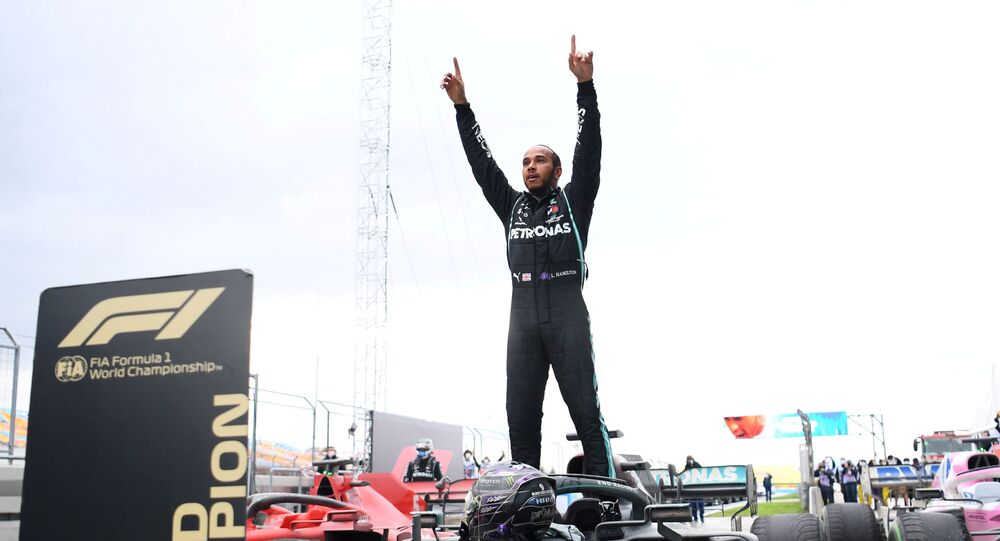 Lewis Hamilton, 35 is a British race car driver and seven-time Formula 1 World Champion, who has been listed as one of the Time's 100 most influential people globally; he's also a huge admirer of dogs, particularly his bulldog Roscoe.

Lewis Hamilton has posted a video to Instagram, in which he shares food with his dog, 8-year old Roscoe, who is a vegan, according to his owner.

In a video posted on an Instagram page dedicated solely to his dog, Hamilton, who is known for his high-profile lifestyle, raises his eyebrows after chowing down on a cake with his vegan bulldog. The post was captioned "I shares my cakes with dads, we best friendz", apparently written from the dog's perspective.

"Some for you and some for me. Happy birthday! Thank you buddy. So good - delicious, right!", Hamilton is heard saying in the clip.

Many of the racing star's social media followers expressed their confusion over their idol's actions, some of them even finding it disgusting, but it seems not to bother Hamilton at all.

The video followed a picture post showing Roscoe sitting in front of a bone-shaped cake with 'Welcome back Roscoe' written on it.

Where Did the Treat Go? Awwdorable Dog Gets Tricked

When No Toys Needed: Golden Retriever Puppy Tries to Catch Another Dog's Tail