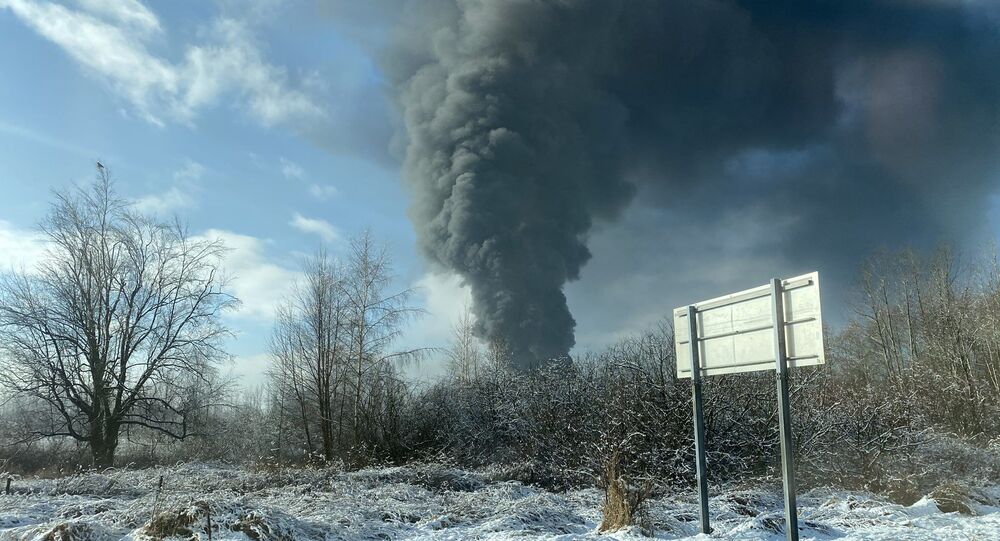 WASHINGTON (Sputnik) - A train carrying crude oil derailed north of Seattle, Washington, and caught fire near the town of Custer, resulting in the evacuation of everyone within half a mile of the site, the local authorities of Whatcom County announced in a message.

"Train derailment in the Custer area. Please evacuate if you are within half a mile of downtown Custer for your safety and the safety of responders," the Whatcom County authorities said via Twitter on Tuesday.

Whatcom County also said there is a large response to the fire and the authorities have closed Grandview and Main Streets at Portal Way. The local law enforcement announced the evacuation of all residents near the site of the trainwreck.

This train is carrying crude oil. ALL residents and visitors within 1/2 mile need to evacuate the area! https://t.co/mDqsHsuinn

Later, the order to evacuate was lifted for the inhabitants of Custer.

TRAIN DERAILMENT UPDATE (1/2): The evacuation order has been lifted for local residents of Custer, WA. Roadblocks will remain in place. Residents must show proof of residency to return. Once home, residents are asked to shelter in place and stay inside.

Soon after the first news on the derailment appeared, social media users who witnessed the accident shared their footage from the scene, with images of smoke and rail cars on fire.

#Custer #Washington
Another up-close video of the burning rail cars after a train derailment near Bellingham, WA - quite close to the Canadian border.

Hi, someone who just happened to be in the area at the time of the fire here, it started just about noon , and here’s some photos I got while we were coming back from Birch Bay. Shaken! pic.twitter.com/m2AX6JM0mY

The Washington State Department of Ecology stated on Twitter that seven cars derailed and five were burning, adding that a unified emergency command had been formed.

We are on scene of the train derailment in Custer. Seven cars derailed and five are burning. A Unified Command has been set up with @EPAnorthwest and @BNSFRailway. More to come. pic.twitter.com/IwQBcAw8Of

Initial reports said the train derailed around 11:40 a.m. local time and that between three to five tank cars were derailed, which was followed by a fire that broke out at the back of the train. There were no reports of any casualties before nightfall, and evacuations were still underway.