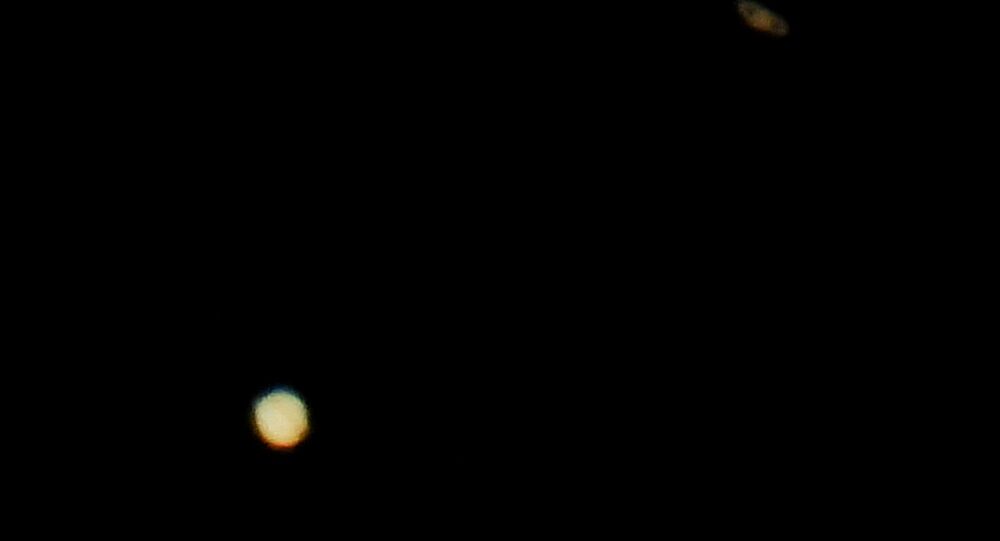 The last time the two biggest planets in the Solar System passed each other this closely was approximately 400 years ago, and the last time it happened during nighttime on Earth was about 8,000 years ago, which ultimately makes the event an extremely rare occurrence.

The incredibly rare phenomenon of Jupiter and Saturn meeting in the night sky, forming what is called a "Christmas Star", can be seen across the globe by skywatchers on the evening of 21 December.

From the view of those observing on Earth, the planets will appear very close in the sky, although they will remain at a very far distance in space. The conjunction is happening on the same day as this year's winter solstice, but according to scientists, the timing is a coincidence, based on the orbits of the planets and the tilt of the Earth.

This spectacular conjunction will be visible all across the world, especially in the Northern Hemisphere.

Jupiter, Saturn to Appear as 'Double Planet' Next Month in ‘Exceptionally Rare’ Event