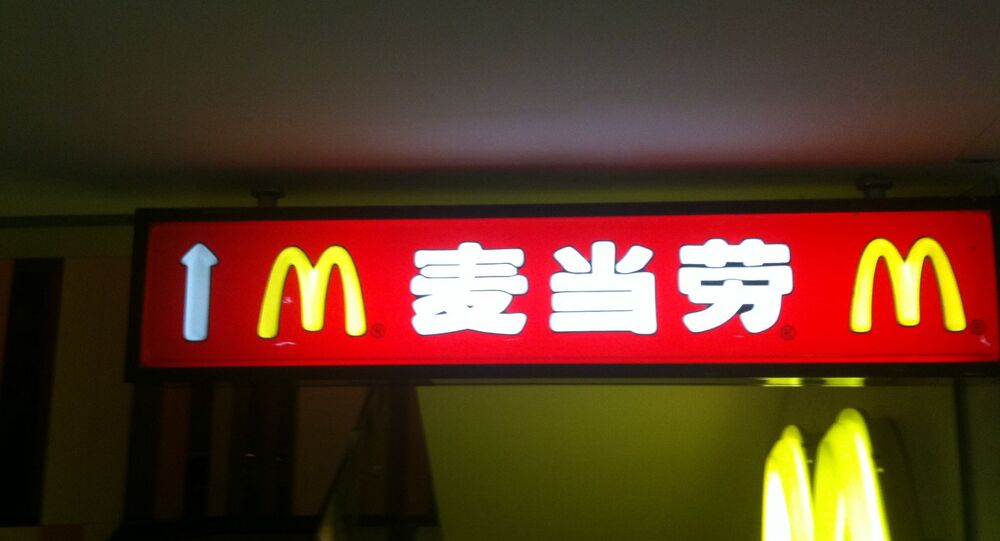 In case anyone needs another crazy and bizarre thing to add to the 2020 bingo, perhaps a fresh burger recipe including Oreo cookies combined with cooked canned pork will bring an extravagant spin to the list of things that 2020 surprised us with.

McDonalds China on Saturday introduced a new limited Oreo x SPAM burger, with 400,000 of the processed food items said to be produced and sold beginning with 21 December.

The announcement was immediately dubbed on Twitter as "a declaration of war on China by the US", as McDonalds is an American company and users observed that the combination of ground canned pork and sugary chocolate cookie could only be offered to someone you really hate.

The Chinese branch of the US-based McDonalds multinational corporation made the announcement on Weibo, the Chinese social media platform, but the news quickly spread, with netizens splitting into two types: the ones who were eager to try the burger and the ones who felt nothing but disgust for the extravagant delicacy.

McDonalds China is introducing a new Oreo x Spam burger on December 21. There will be 400,000 produced and sold.

(Look, I saw this so you have to see it too. Sorry, that's how it works). pic.twitter.com/QCiog64wAY

​"Some of y’all saying “Why would China do this” seem to have forgotten that McDonald’s is an American company", user Daniel Ahmad tweeted. "If anything this is a declaration of war on China by the US."

is this mayo or oreo cream and which would be worse pic.twitter.com/g5IMMVUcE5

Feels like someone went through a break up, and just went crazy on McDonalds and Oreos while watching Iqiyi.

Next day at the office: How about McDoreo?

how the hell does an oreo work in a burger?? disgusting pic.twitter.com/HfN84bEZ2N

Just because they can, doesn't mean they should. pic.twitter.com/zeapdfaIzT

​Some suggested that, be it a "war" on Beijing or not, the People's Republic of China is winning when it comes to weird foods.

​Some argued that this is not the most sophisticated edible food product one could imagine, offering examples from other fast food giants and suggesting ways to improve the edible offering.

It doesn't sound that bad, have you ever had diced, cold hotdog sausages with chocochip cookies? I'd add a lime and cilantro "sauce" to it.

It isn't too different from this KFC donuts sandwich sold in US ahahhah pic.twitter.com/eClBBW8T8R

Why would you crumble up the Oreos instead of just tossing an Oreo Big Stuf on the thing? Big miss there, McDonald's. pic.twitter.com/JWAlz86phR

​Some users have declared the food piece "the official burger of 2020". It has indeed been a bizarre year.