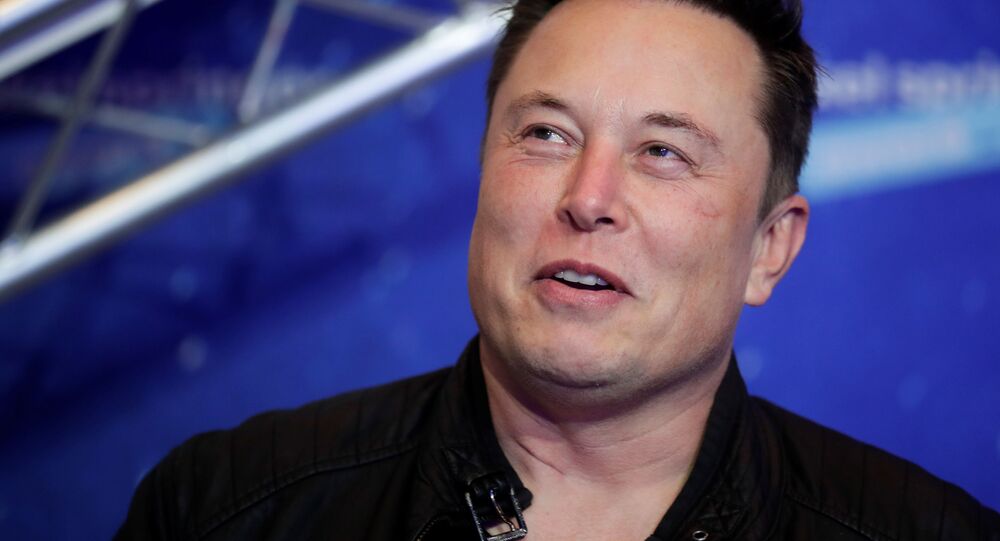 Earlier this week, SpaceX and Tesla CEO Elon Musk was accused by many of transphobia after he posted a meme on his Twitter page that showed a British redcoat wiping his face with blood along with the caption “when you put he/him in your bio”.

SpaceX founder and tech entrepreneur Elon Musk has once again become embroiled in a transgender rights-related row over his reaction to an article that slammed his stance on netizens using pronouns in their bios.

Some Twitter users prefer to add “he/him” or “she/her” in their Twitter bios in order to underscore their preferred gender pronouns, something that is often done either by transgender people themselves or others in a show of solidarity.

“I absolutely support trans, but all these pronouns are an esthetic nightmare”, Musk tweeted on Wednesday, in response to a think piece by efficient vehicle enthusiast and writer Jennifer Sensiba published on the website CleanTechnica earlier that day.

In the article, Sensiba berated Musk for previously tweeting a meme showing a colonial-era UK soldier rubbing his blood-covered hands on his face, captioned: “When you put he/him in ur bio”. The soldier was shown with the words “I love to oppress” written on his hat.

“The problem is that most people who put pronouns in their Twitter bios aren’t trying to oppress anyone. They’re trying to signal to transgender people that they matter”, Sensiba pointed out.

He/she/they isn't a nightmare. Pronouns in bios hurts nobody, and may help some folks. While I personally don't get the point, if that's how someone wants to express themselves, live and let live.

The billionaire entrepreneur’s “esthetic nightmare” remarks were, meanwhile, immediately сriticised by many Twitter users, with some pointing to the fact that Musk “gave his daughter a name that nobody will be able to pronounce”.

Didn’t you name your child after the noise that dial up Internet used to make?

So you a billionaire, is mad about people having preferred pronouns? You named your child like a type of software system but pronouns are an issue? pic.twitter.com/NtJxCn4WFL

“Hello I’d like to talk to you about ESTHETICS” pic.twitter.com/6PmBDiUBUz

Said the guy who gave his daughter a name that nobody will be able to pronounce. pic.twitter.com/ALlBpGQVa1

Earlier this year, Musk confirmed that he had named his baby X Æ A-12, prompting netizens to scratch their heads.