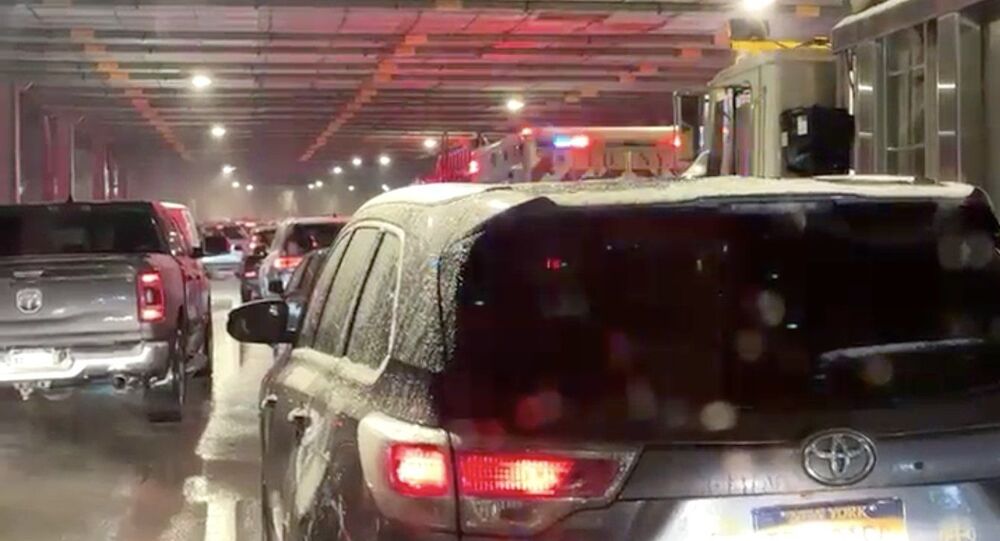 Videos being posted to the Citizen app show a long line of cars shutting down all the southbound lanes of the Henry Hudson Parkway connecting Manhattan and the Bronx.

The NYPD later issued a statement on Twitter saying that due to the collision the southbound lanes had been closed, asking drivers to avoid the area.

ADVISORY: Due to a multi-car collision on the Henry Hudson Bridge, southbound lanes have been closed. Please avoid the area.⁰
Again, avoid any unnecessary travel during this storm. pic.twitter.com/sYSIn7mh48

Shortly after their first statement, the city's police department issued another message, stating that southbound lanes were open again.

Local radio reported of the crash, providing a photo reportedly depicting the scene of the incident.

New Yorkers themselves also posted a number of self-shot videos to the Citizen app, showing what appeared to be the outcome of the massive car crash on one of the city's major arteries.

Citing a statement by the FDNY, the newspaper reports that four of the injuries were considered serious, but not life threatening, while two were minor, and all of the victims had already been hospitalised.

Meanwhile, on Twitter netizens have shared their experiences of the winter storm hitting the Big Apple.

everyone always romanticizes winter in nyc, but i don’t think they realize that snow means MTA buses sliding down hills & directly into parked cars✨ pic.twitter.com/Y1IPMXEetb