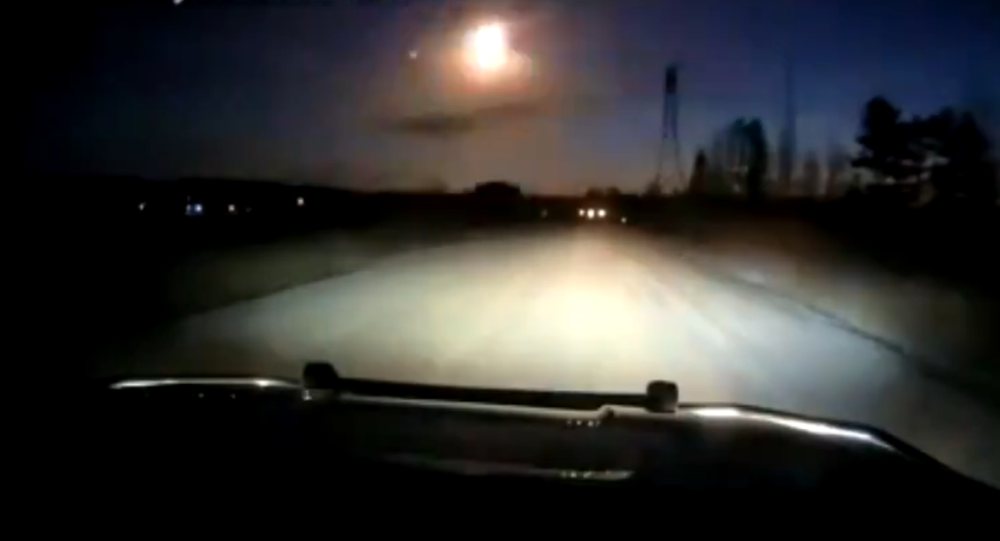 In the middle of December, stargazers can observe what is considered by many as the best annual meteor shower - the Geminids. According to NASA, this year the shower peak overlaps with a new moon, with darker skies and little moonlight providing better viewing opportunities.

Minnesota police on Wednesday morning appeared to capture what is now believed to be a meteor falling from the skies, when a sheriff car was patrolling the vicinity of Soo Line and Denham Road.

"AMAZING dash cam footage from the Pine County Sheriff’s Office, caught early this morning near Soo Line and Denham Road", Minnesota Sheriffs' Association tweeted, sharing a video of what is claimed to be a rare four-second streak of a meteor.

The video showed dark morning sky illuminated with a bright flash of an apparent meteor falling down and shining for at least four seconds.

Users were fascinated by the footage, with some, apparently filled with the festive Christmas spirit, joking that it was Santa Claus "testing his sleigh". Several people said they were lucky to spot the fireball, too.

​According to the Star Tribune, the video was taken by Pine County Deputy Aaron Borchard in the early hours of his shift.

"My squad lit up in the inside" said Borchardt, cited by the outlet. "I thought it was something sparking above my squad car."

Thaddeus LaCoursiere, a planetarium educator for the Bell Museum at the University of Minnesota, told the Star Tribune that the falling object was a bolide - an extremely bright meteor that often explodes when reaching Earth's athmosphere.

"This is a type of meteor that is […] brighter than the planet Venus, for some comparison, and can be seen over a wide area," LaCoursiere said, adding that bolides are "rare events" and noting that over three years there were only 68 such events recorded that lasted longer than one second.

The American Meteor Society said it received at least 88 reports of the fireball seen in the sky across the states of Minnesota, Michigan and Wisconsin, and also shared another video showing the streaking meteor.

The middle of December is usually a time when stargazers can observe what is widely considered to be the best annual meteor shower, the Geminids.

According to NASA, the peak of the Geminids this year was between the night of 13 December and the morning of 14 December.