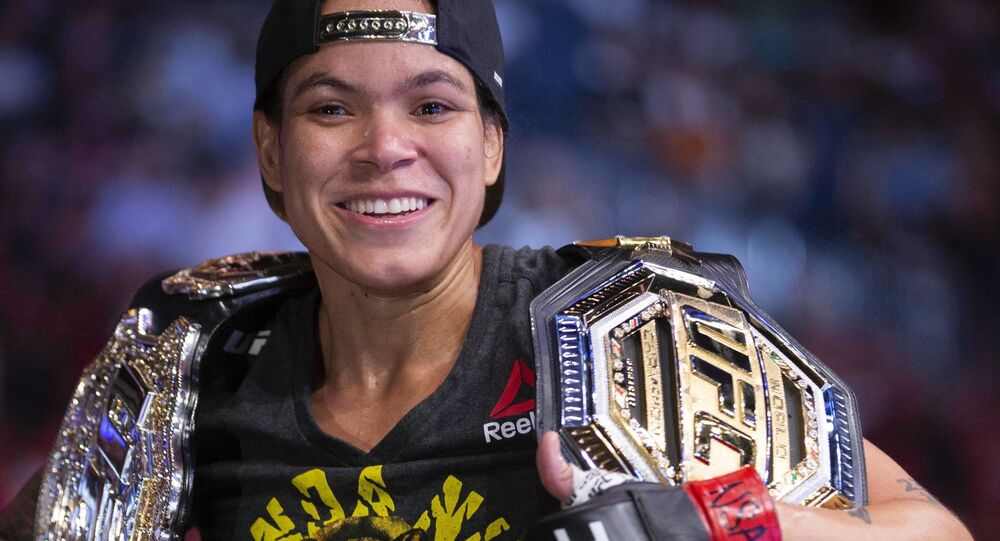 As social media users reacted to Nunes' apparent willingness to fight Paul, few seemed to doubt the outcome of a potential bout.

Popular YouTuber Jake Paul may soon find himself in the ring with a bona fide UFC star, although it might not be the fighter he was calling out.

Following his recent KO victory over NBA point guard Nate Robinson, moving his record to two wins from two, Paul made no secret of his desire to take on UFC fighter Conor McGregor, leading to what the New York Post describes as a "feisty back-and-forth between Paul and UFC President Dana White.”

White announced on Monday that he was "thinking of letting Amanda Nunes," UFC women's bantamweight and featherweight champion,  "kick" Paul's "a** out."

I would pay an embarrassing amount of money to see that.

Lmao never go after Dana his clapback game is🔥🔥🔥 pic.twitter.com/KqYaUVyqvr

Now id definitely watch that. Jake Paul vs Amanda Nunes in boxing. No problem sign me up for that

And it seems many users know which way the fight would go.

@Amanda_Leoa that would not be a very fair fight. Paul would get hurt

🤣 you would obliterate him!

As CinemaBlend points out, however, while a fight between Paul and Nunes would probably be "a sight to see," White "only seemed to be joking about the prospect."