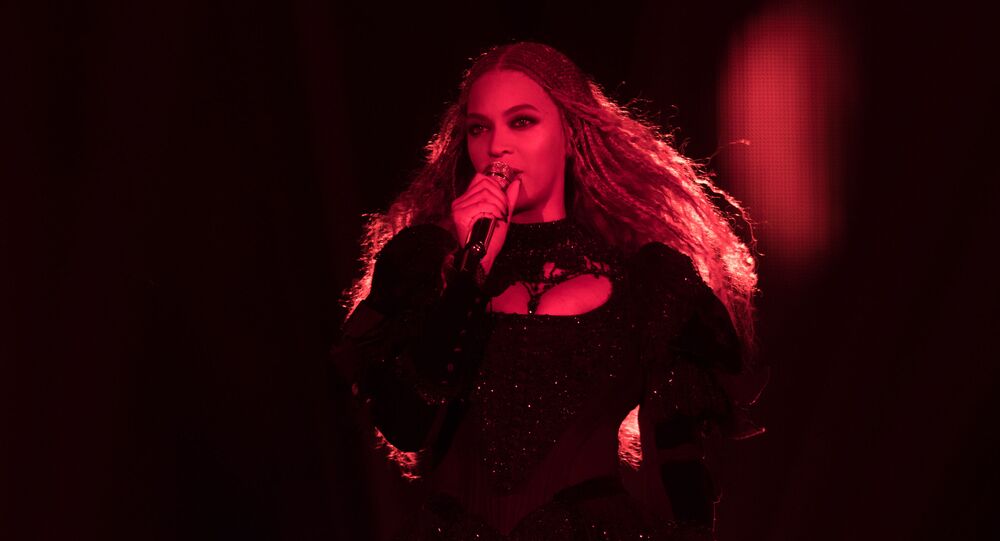 Many Americans on the left consider it a serious misstep to engage in cultural appropriation - meaning the adoption of key features of one cultural group by members of another one. Even star influencer Kendall Jenner has previously come under fire for wearing cornrows often associated with black culture.

The Instagram account for Ivy Park, a sportswear line owned and operated by American pop-star Beyonce, deleted a photo of two Russian models after social media users accused the influencers of “blackfishing” for self-tanning and wearing curly hair during their photoshoot for the brand.

The image in question featuring Ivy Park-Adidas collaboration clothes was shared by Krasnadar-based models Alena and Anastasia on their Instagram accounts on 4 December and quickly reposted by Beyonce’s brand official page.

However, the account’s followers did not seem to appreciate the tanned women’s looks and their hairstyles, accusing them of “blackfishing” - a term which refers to attempts to imitate Black ancestry with a help of artificial tanning or make up.

They called upon the brand to delete the photo featuring the Russian women “hijacking Black aesthetics”, while some of the most devoted commentators even urged to hold American singing idol Beyonce “accountable” for the situation.

why does the ivy park page have 2 White Russian models black fishing on their feed pic.twitter.com/aWOzRVVmrm

When are yall gonna hold @Beyonce accountable? it’s not just her team, @WeAreIvyPark is HER brand. By now it’s already been several days that they have these 2 whole wt women blackfishing on their IG page, and they have yet to react or take down the post pic.twitter.com/TIMVo7YiRp

I still am pressed about this. These fully white russian women are blackfishing and they find nothing wrong with it.both of these influencers have over 10k followers who are promoting the appropriation of black culture. this is blackface not a tan @amakadsi @yns1118 @WeAreIvyPark pic.twitter.com/ADoCjMzlbl

At first, I was stunned that Ivy Park fell for the Blackfishing of these white Russian women who have profited off of tanning and hijacking Black aesthetics...but then you all let Ariana Grande, a white Italian woman, do the same thing for years.

Ivy Park apparently followed the calls as the image is nowhere to be found on its feed anymore. However, the company has remained silent on the matter.

One of the girls, nicknamed alena_biuni, said that she was “terrified” by the hateful comments the photoshoot received after the photo had been re-posted to the Ivy Park page.

“I don't understand what's wrong with the fact that since childhood I have been amazed by this culture, their style, music and dances,” the woman wrote in Russian.

“And I don’t understand why the hell I can’t dress the way I like, do the hairstyle I like ...” she added, asking whether it should now be forbidden for her to listen to hip-hop and go to the tanning salon.

She also added that the world is not divided simply into “white” and “black” people as some Russians like her are just more tanned than others.

Her friend and photoshoot partner Anastasia said that she was not even aware that their behaviour could be seen as racism.

“I believe that those who carry racism in themselves see it everywhere and everywhere in others ... and even in the most innocent things ... !!!” she wrote in Instagram.

Both girls have received strong support from thousands of their Russian-speaking followers following the scandal, but many of their critics have also moved to their personal pages to slam their “ignorant” and “embarrassing” actions and comments on the issue.

After the photo was deleted by the brand, Anastasia stopped short from calling on to boycott Ivy Park and Adidas apparel. She claimed though that the move showed that the brand “simply told most of the Russians that these clothes are not for you.”

The model added that such “hatred for everything that whites do” was “depressing” but thanked all her supporters for “defending the rights of Russians to tanned skin and curls.”