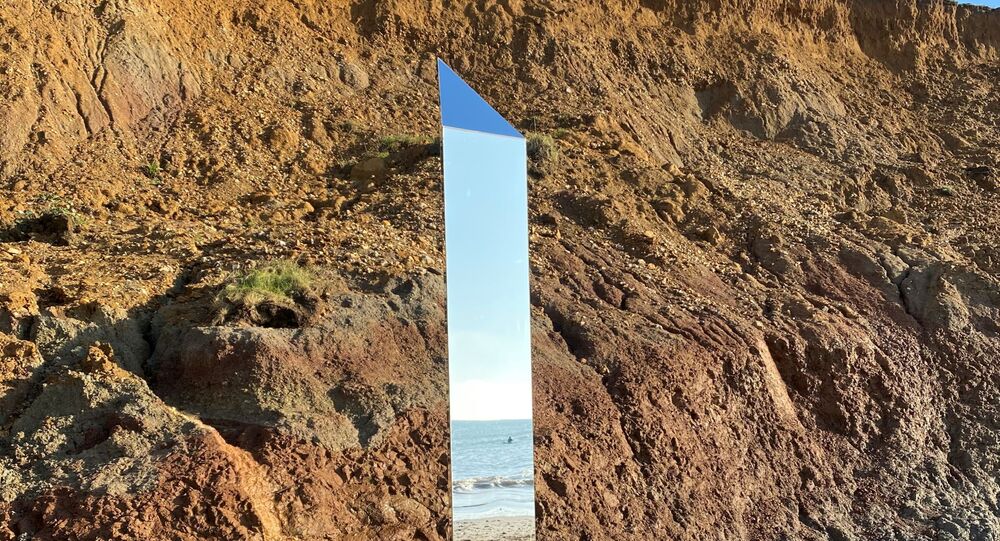 As they keep emerging around the world, it remains unknown as to who exactly is making these monoliths and why they are being brought to certain places. They also tend to disappear in the same mysterious way.

A fourth monolith has been seen in the centre of the Merry Maidens stone circle in Cornwall, after at least three similar structures were discovered in Dartmoor, the Isle of Wight and Glastonbury Tor.

A video of the mysterious object that has left citizens puzzled has been shared on social media. The author of the footage said that his encounter with the object left him "in shock and awe", calling it a "thing of beauty".

I was left in shock and awe earlier at finding a monolith at the centre of the Merry Maiden stone circle, the one time I left my camera at home. Was a thing of beauty but I can't help thinking of the damage that may have been done at this natural heritage site. #monolith #arghhh pic.twitter.com/VEXozU5rB8

Weirdly enough, these monoliths have also been witnessed in the United States and Romania. On 3d December, a metallic object was spotted in a hill in Atascadero, California. According to media reports, it matched two other monoliths that popped up in Utah and in the Romanian city of Piatra in recent weeks.

Media reported earlier in the week that at least seven silver monoliths have appeared in Germany, with the latest captured in the central German state of Hessen on Tuesday. The object reportedly had a wooden structure inside.

The monoliths have become a sought-after tourist attraction, as citizens rushed to visit the sites of the mysterious object and take pictures next to them.

No group has taken credit for the appearance of the mysterious monoliths, though in an interview with the BBC on Tuesday, a designer claiming to be the creator of a monolith was spotted in the Isle of Wight. He said he did it for fun, following what now has become a monolith trend.