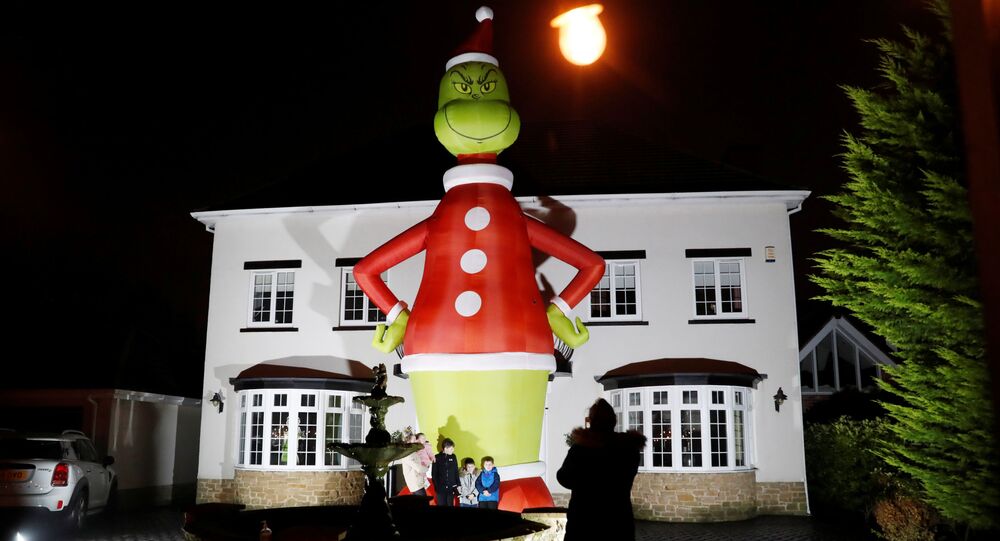 2020 in Memes: Netizens Share Their Impressions of COVID-19 Year

As 2020 is approaching its end and the pandemic is still raging, COVID-19 memes seem to be trending on social media, followed by heated discussions about the controversial presidential election in the United States.

As the first cases of the coronavirus began spreading around the world in February, the pandemic has likely become the anti-word of the year that every child knows.

For most netizens, this year has been tough, given that they've been locked up in their houses in accordance with COVID-19 lockdowns and curfews. Here is an overview of the tweets and Instagram posts, many of them sarcastic, revealing people's emotions about this year.

While media stars and influencers have been bragging about keeping fit at home and becoming excellent cooks during quarantines, for many ordinary citizens it has been a real test, with little to actually enjoy.

In fact, for many Internet users, quarantine grew into long hours of sleep and meaningless web scrolling, extra kilos gained, and even alcohol abuse.

This was at the wine store. Now I wish I saved all my wine bottles from quarantine. pic.twitter.com/bi69SOyHFt

The best part of happy hour in quarantine is that you can make and eat the entire package of mozzarella sticks and no one is around to look concerned. What's your fave happy hour snack?? pic.twitter.com/QujaJlD0eY

Since offices and university were closed down, citizens were forced to continue to work and study from home via Zoom conferences. While it was certainly an opportunity to feel more cozy with snacks nearby, most netizens did not seem very enthusiastic about online meetings.

It appears that even introverts, following months of stay-at-home guidelines, would be willing to enjoy spending time with a large gathering of people they hate.

But some limitations are still being asked for.

Tiers That Bring Tears: Government Efforts to Fight the Virus

As the second wave of coronavirus hit Europe, governments braced for re-imposing [partial] lockdowns and curfews, with citizens already tired of the measures, especially given the fact that Christmas is coming.

British Prime Minister Boris Johnson has promoted his three-tiered system as the best way to avoid COVID-19 spikes in the country. According to this system, Tier 3 mean the strictest measures, which the major cities of Manchester, Birmingham, and Nottingham, and the county of Kent fall into.

While Britons are lamenting the tough restrictions, experts project that the Covid curve will continue to go up till March-April 2021, even despite mass vaccination (not only in the UK).

In the United States, citizens are waiting for lawmakers to finally decide on the next COVID-19 relief bill. For months, the negotiations on the next stimulus have been stalled, with Democrats and Republicans accusing each other of hampering the process.

my boyfriend and i are 21 and we just bought our dream home after combining our $1200 stimulus checks. stop being lazy. pic.twitter.com/nxohulpuFt

A lot of Americans previously criticised local Democratic leadership for issuing "draconian" measures in a bid to contain the virus, while, in their opinion, it would be better if they were building immunity to the virus, or at least, provided additional test facilities.

So far, Americans in many states have already spent Thanksgiving at home, separated from their loved ones, and are heading for similar Christmas celebrations.

What absolute dystopian hell world are we living in. pic.twitter.com/Srnot6ZUji

Someone suggested imaginary states would do better in handling the pandemic, while others regret not appreciating the times when everything wasn't about the pandemic.

i miss january when our only worries were world war 3

All in all, many are still waiting for this year to come to an end, expressing hopes that 2021 will be much better, or at least, not worse.